Modi failed to give 'laddoo' to West Bengal, now BJP will get 'rosogolla': Mamata 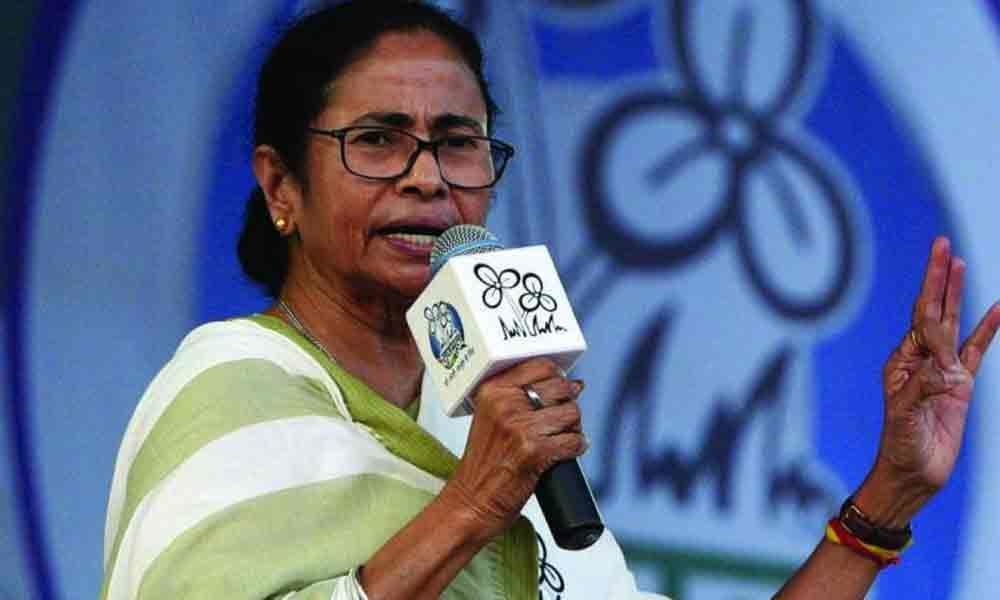 Banerjee claimed the BJP will not be able to get past 100 seats in the general elections.

West Bengal: You thought the bitter fight for controlling the levers of power in New Delhi just got sweetened a bit on Friday when TMC supremo Mamata Banerjee said the BJP will get a 'big rosogolla' in West Bengal. But make no mistake about it. What the TMC boss, known for breathing fire and brimstone, was talking about was not the syrupy dessert her state is famous for but 'zero' seats in West Bengal in the Lok Sabha polls.

"Dilli ka laddoo jo khaya woh pachhtaya (whoever ate the laddoo of Delhi has regretted it). In 2014, they got two seats, they will get a big rosogolla this time. They will get a big zero," She told election rallies in Balurghat and Gangarampur.

She said Prime Minister Narendra Modi will never be able to keep his promise of offering 'laddoos' (another ball- shaped sweet delicacy) to the voters of Bengal in both their hands. Before the 2016 assembly elections in West Bengal, Modi had said at public meetings that if BJP was voted to power, people would have laddoos in both their hands in the form of the NDA government and the Centre and a BJP dispensation in the state.

Rosogolla, like laddoo in Hindi-speaking states, is often invoked in West Bengal to deride those who have flunked an examination. Not the one who sugar-coats the bitter pills she administers to her political rivals, Banerjee claimed the BJP will not be able to get past 100 seats in the general elections.

She asserted the saffron party will draw a blank in southern states of Andhra Pradesh, Tamil Nadu and Kerala.

"In Uttar Pradesh they had 73 seats. I doubt whether they will get even 13 this time," the West Bengal chief minister claimed, adding the BJP will not be able to open its account in the northeast and Odisha.

Hitting back at Union Finance Minister Arun Jaitley for his remarks that the elections will spring a surprise in West Bengal, Banerjee said, "I also say there will be surprise for them as they will get a big zero." The minister, who is also in-charge of the BJP's publicity committee, had on Thursday tweeted: "North East, Bengal and Odisha will be the biggest surprises of this Lok Sabha election."

She also mocked Jaitley as the "kettle finance minister of the chaiwala prime minister".

Continuing her acrid attack on Modi, Banerjee said," Five years ago he said he was a chaiwala. Now he says he is a chowkidar. After losing the elections, he will only be left with his chowki (the humble, inornate cot made of wooden planks used in eastern India)."