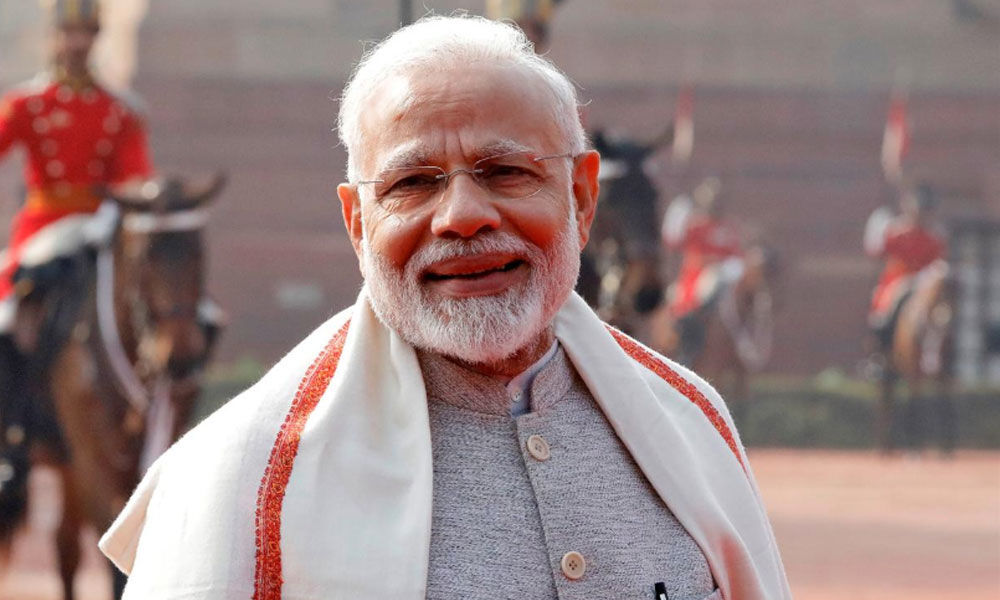 An advertising blitz by Prime Minister Narendra Modi's administration, which saw more than 150 newspaper ads exulting over its performance in 10 days, stopped on Monday, a day after the schedule for the next general election was announced.

NEW DELHI: An advertising blitz by Prime Minister Narendra Modi's administration, which saw more than 150 newspaper ads exulting over its performance in 10 days, stopped on Monday, a day after the schedule for the next general election was announced.

The election will be held over seven stages from April 11 in what will be the world's biggest democratic exercise, the Election Commission said on Sunday, when a code of conduct over election campaigning came into force.

Citing the code, the commission said "no advertisements shall be issued in electronic and print media highlighting the achievements of the govt. at the cost of public exchequer".

Leading English-language national dailies including the Times of India, the Hindustan Times and the Indian Express carried no government ads on Monday.

The New Delhi editions of the same three newspapers had 162 government ads between March 1 and March 10, according to Reuters calculations. Of those, 93 were full page.

Most included a picture of Modi and highlighted government initiatives from rural development and solar power to airport infrastructure and social security benefits, among others.

One of the full-page ads took a broad view to highlight 12 achievements in different sectors, saying it was "putting farmers first" and "national security is top priority". It ran with a slogan: "impossible is now possible".

Some people took to Twitter to express their frustration with what they regarded as the excessive advertising.

One user, Dhruv Rathee, last week tweeted a video in which he flipped pages of the Times of India newspaper and said: "Every page you turn has Modi's face on it". The video received nearly 82,000 views.

Another Twitter user, Shashank Rajak, said: "It's so much annoying to read newspapers these days ... Do we really need all this nonsense? Pure waste of OUR money."

Modi faces growing anger about a shortage of jobs and weak farm prices but he is expected to get a popularity boost from his decision to send warplanes into Pakistan to attack an alleged militant site after a Pakistan-based group claimed a suicide bombing that killed 40 Indian paramilitary police in Kashmir.

It wasn't immediately clear how much money the government had spent on the ads.