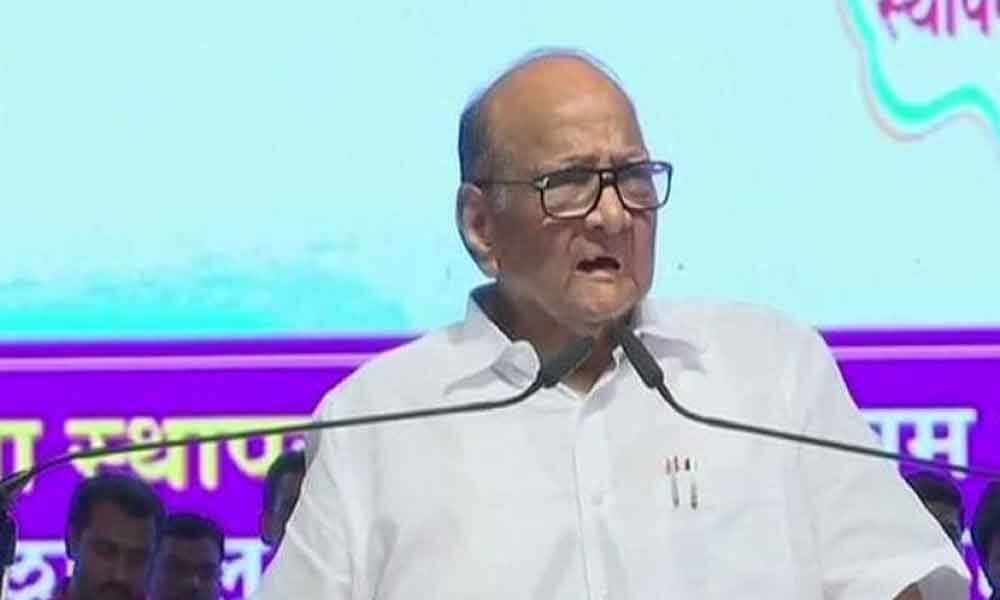 The NCP chief also said that PM Modi has no wife or children hence, won't understand what is a family.

Jalna: Nationalist Congress Party (NCP) chief Sharad Pawar slammed Prime Minister Narendra Modi for talking about his family members and said that the Prime Minister has no wife or children, and hence, will not understand the significance of a family.

Addressing a rally here on Monday, Pawar said, "There is no one in his family, how would he know how a family functions and how one takes care of son and wife. This is also the reason why he keeps peeping into others' homes. It is not good to peep into other people's house Modi ji. I can also say a lot but I won't stoop to a low level."

The NCP Chief said Modi talking about him all the time is giving him "free publicity".

"People are feeling that if he talking about this person (Pawar), there must be something in him. And even when he talks, he says that Pawar ji is a good person but has family problems because there is no coordination between his family members," Pawar said.

"I want to say that my nephews have grown up and have taken their responsibilities. I only had one daughter who has gotten married. I wanted to ask him what has he got to do with whatever is happening in my family. But then I realised I have my wife, daughter, son-in-law, nephews visit us, but he has no one," Pawar added.

Pawar's comments come weeks after Modi had made scathing remarks about infighting in NCP chief's family.

While addressing a political rally in Wardha, Modi had said, "There was a time when Sharad Pawar thought that he too could become the Prime Minister. He first announced that he would contest the election but suddenly stated that he is happy in the Rajya Sabha. This is because they also know which side the wind is blowing. Also, a family war is going on in the NCP. The party was founded by Sharad Pawar. However, his nephew is slowly capturing the party. For this reason, the NCP is also facing trouble in ticket sharing."