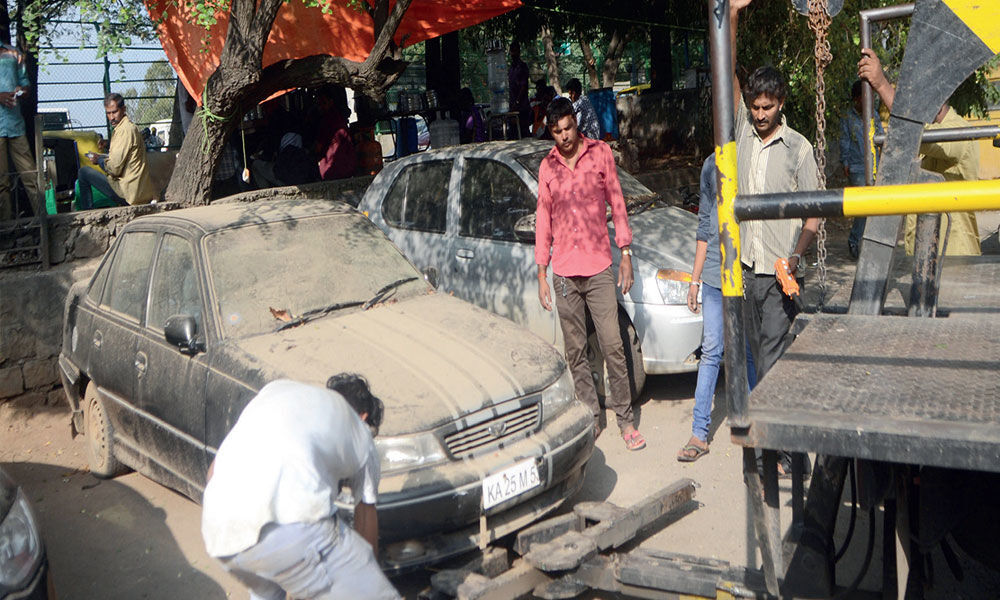 So far, 198 vehicles have been impounded from different parts of the city.

BENGALURU: In the last few days, the Bangalore Traffic Police had began its Operation Khatara (broken and decrepit) of towing away abandoned vehicles. So far, 198 vehicles have been impounded from different parts of the city, and the police had said that this drive will continue till they get rid of all the Khatara vehicles in Bengaluru.

The vehicles can be claimed by the owners after 15 days, by going to the police station and paying a fine of Rs 1100.

"We have found cars which look like they have been abandoned for many months. Many do not have number plates. These are towed away immediately. With such cars, it is difficult to trace the owner," said the traffic police inspector of Malleshwaram Traffic Police Station.

Harishekaran has said that, "A lot of abandoned cars create traffic congestions. We already have congested roads and we don't want these khatara vehicles to add to it. For now, the major concerns are commercial areas, market places, religious places and crowded public places and traffic police have been told to consider these as priority. In such places, not only abandoned vehicles but even vehicles which are parked on footpaths and on the wrong side are towed away immediately."

In Malleshwaram traffic police station limits, 35 vehicles were identified as abandoned and only five owners have since claimed their vehicles. If the owners don't show up for a long time or if the vehicle owner can not be identified, the BTP will write to the court to take action, by auctioning the vehicles.