Opposition 'unhappy' with me over India's rapid global strides: PM Modi in TN 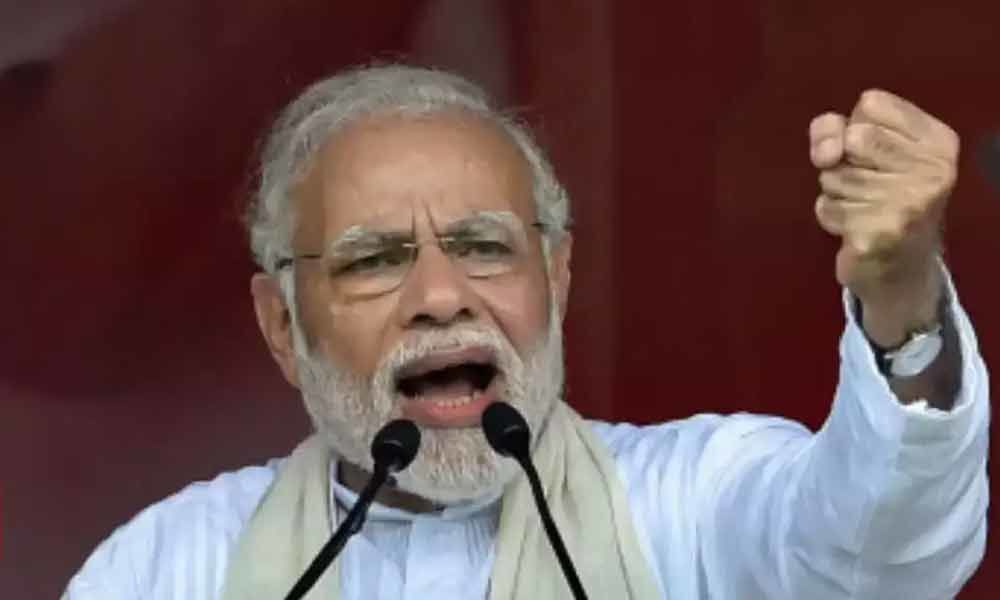 Taking a swipe at the DMK-Congress, Modi said those who were 'sworn enemies' have joined hands.

Theni: Prime Minister Narendra Modi launched a broadside against the Opposition Saturday, saying the DMK, Congress and their 'mahamilavati' friends cannot accept strides India has made and therefore were "unhappy" with him.

Taking a swipe at the DMK-Congress combine, he said those who were "sworn enemies" have joined hands, despite the national party having "humiliated" its southern ally in the past.

"Today India is rapidly making a mark in the world. The Congress, DMK and their mahamilavati friends cannot accept this. That is why they are unhappy with me," he said at an election rally here.

The Prime Minister has been describing the opposition 'mahagatbandhan' (mega alliance) as 'mahamilavati,' meaning adulterated.

Taking pot shots at DMK President MK Stalin's proposal naming Congress chief Rahul Gandhi as Prime Ministerial candidate, Modi said there were no takers for this among the opposition "because they are in line to be PM and dream of the post."

"Some days ago, DMK supremo (Stalin) projected the Naamdar (dynast--Gandhi) as PM (candidate) but no one was ready to accept it, not even their mahamilavati friends, because they are in line to be PM and dream of the post," he said, without naming anyone.

Despite past "bitterness," the Congress and DMK have joined hands, he said and recalled that the national party had "humiliated" the southern ally earlier, apparently referring to the dismissal of the DMK government in the past.

Even during the 2G spectrum allocation scam, centered around then Telecom Minster A Raja of DMK, the Dravidian party's leaders were criticising the national party, which was leading the ruling UPA, he pointed out.