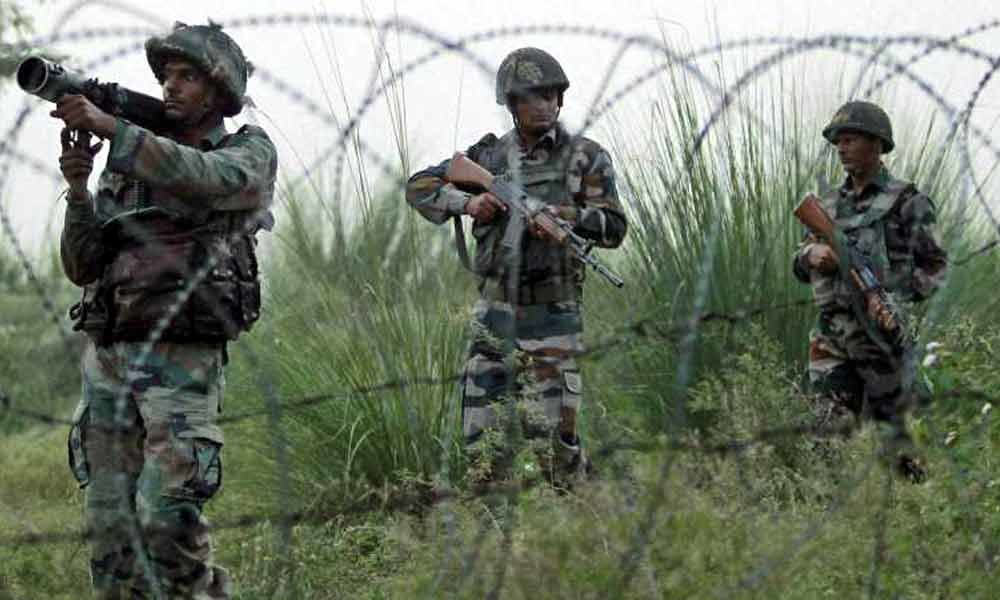 The army's spokesman said Pakistan initiated unprovoked ceasefire violation with the firing of small arms and shelling with mortars along the LoC in Mendhar sector.

JAMMU: Pakistani troops on July 20 violated ceasefire by resorting to unprovoked mortar and small arms firing along the Line of Control (LoC) in Poonch district of Jammu and Kashmir, a defence spokesman said.

He said the Indian army is retaliating befittingly to silence the Pakistani guns and there was no immediate report of any casualty."At about 0900 hours, Pakistan initiated unprovoked ceasefire violation with the firing of small arms and shelling with mortars along the LoC in Mendhar sector," the spokesman said.

The cross-border shelling was going on when last reports were received, a police official said adding the firing triggered panic among the border residents who have been directed to stay at safer places to avoid any casualty.

The firing from across the border took place on the day when Defence Minister Rajnath Singh is scheduled to visit the state to lay a wreath at the Kargil War Memorial in Dras to commemorate 20 years of the Indian Army's Operation Vijay.

On July 20, Singh will also dedicate to the nation two bridges built by the Border Roads Organisation at Ujh in Kathua district and Basantar in Samba district. The Ujh bridge is one kilometre-long and the Basantar bridge is 617.4 metres, officials said.

Operation Vijay refers to the Indian Army's limited war against Pakistan's infiltration in 1999 fought at the icy heights of Kargil, including super-high altitude locations such as Tololing and Tiger Hill.