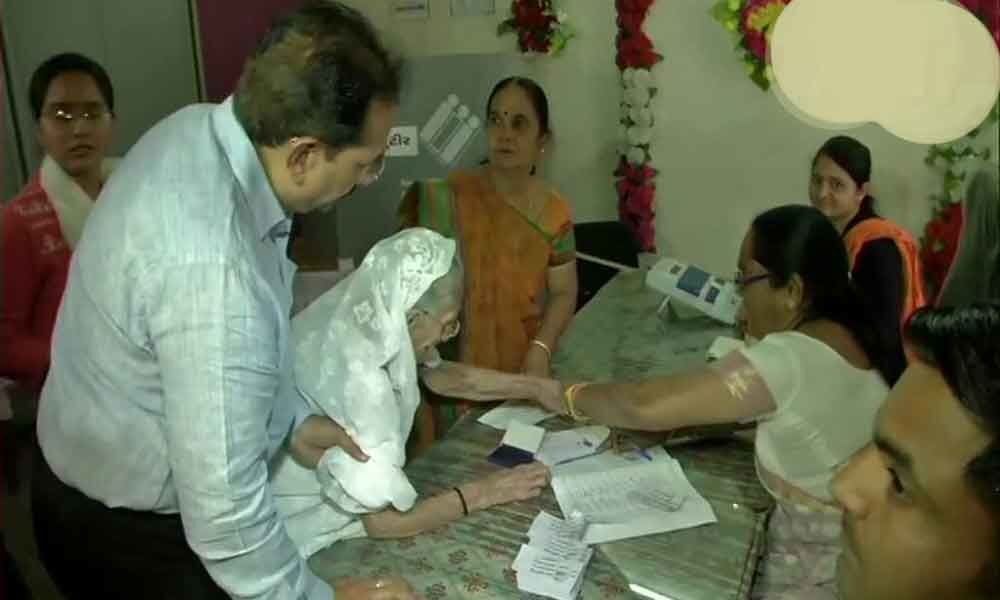 Prime Minister Narendra Modi's mother Hiraba on Tuesday cast her vote for the Lok Sabha polls at a booth in Gujarat.

Hiraba, 95, who lives with her younger son Pankaj Modi at Raisan village, located around 10 km from Gandhinagar city, arrived at the polling booth set up in the gram panchayat and exercised her franchise.

She was accompanied by her son Pankaj Modi and other family members. Earlier during the day, when the prime minister met her before casting his vote, she gave him a shawl, sweets and a coconut and blessed him for his victory in the ongoing Lok Sabha polls.

Polling in all the 26 Lok Sabha seats in Gujarat is currently underway.