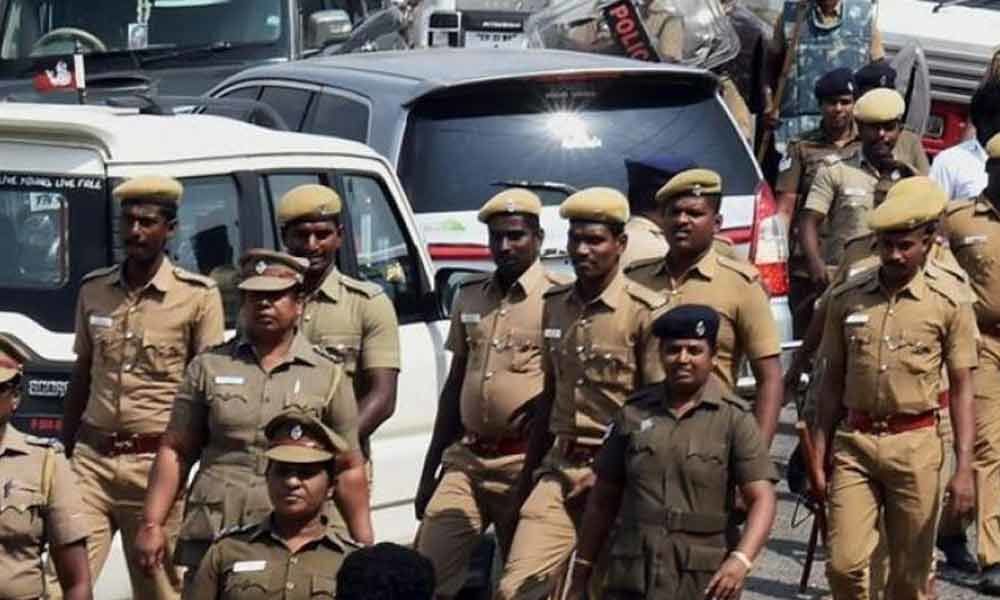 Political leaders in Tamil Nadu, on Monday, condemned the damage inflicted on a statue of Dr B R Ambedkar in Nagapattinam district on Sunday, with the DMK blaming "fascist forces" behind the vandalism.

Chennai: Political leaders in Tamil Nadu, on Monday, condemned the damage inflicted on a statue of Dr B R Ambedkar in Nagapattinam district on Sunday, with the DMK blaming "fascist forces" behind the vandalism.

Peace prevailed in Vedaranyam in Nagapattinam district on Monday, as officials moved swiftly to replace the damaged statue of Ambedkar with a new one.

On Sunday, two people were injured in a clash between two groups in Vedaranyam, with some vehicles being set on fire.

A statue of Ambedkar was also damaged following the clash even as the groups hurled stones at police personnel when they tried to bring the situation under control.

Police have picked up 58 people belonging to both communities in connection with the clash.

Further probe was on and those who instigated the caste clash were being identified and would be booked under relevant sections, police said. More than 750 police personnel have been deployed in the town to prevent any untoward incidents.

Earlier, an accident involving an SUV where a Dalit youth was injured is said to have triggered the violence.

The desecration of the Ambedkar statue drew sharp responses from opposition parties including the DMK and the Left, as they demanded action against the culprits.

"Fascists forces wearing the mask of democratic politics have sown the seeds of poison which result in the desecration of statues of (EVR) Periyar and Dr Ambedkar," DMK President M K Stalin said in a statement.

Earlier, the statues of the highly respected rational leader EVR Periyar were found vandalised in some parts of the state, drawing widespread condemnation.

Stalin, Tamil Nadu Leader of Opposition, demanded that "rioters" should be identified to prevent any such violence, he said.

The government and police should take strict action against those "challenging law and order," he added.