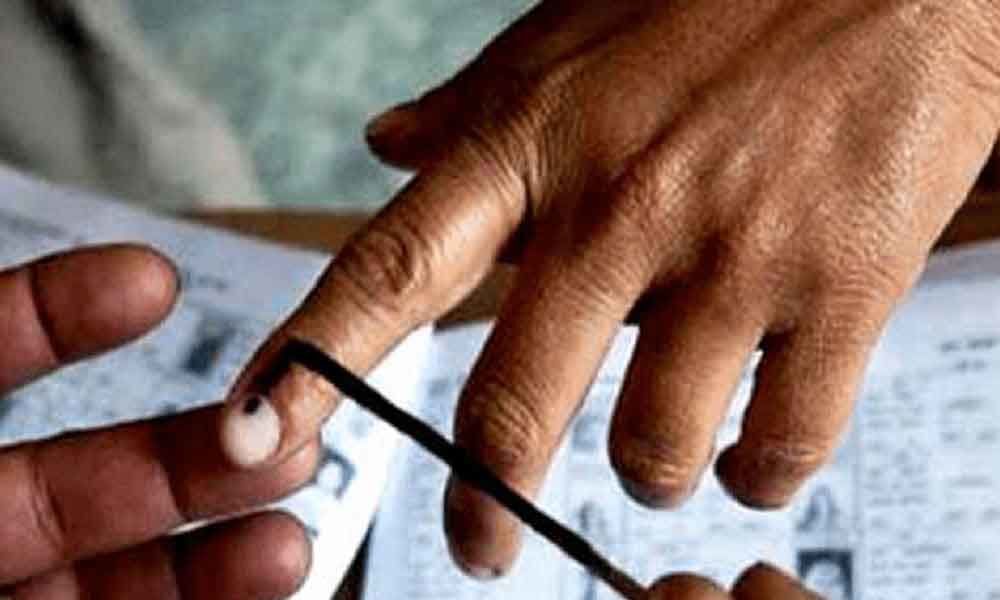 Right from early morning, people were seen queuing up to cast their votes.

A record 227 candidates will fight it out for the 20 Lok Sabha seats in the state, which go to the polls in the third phase of polling.

Polling that began at 7 a.m., comes to a close at 6 p.m. and authorities have ensured total security for the polls, as a record 58,138 police officials and 11,781 special police officials will be manning the security during the poll day.

57 companies of Central forces have also arrived and have taken their position.

Ahead of the poll, the officials conducted a mock polling of 50 votes to ensure that everything functions well.

Poll officials pointed out that at some booths, some voting machines failed to function and those where replaced.

At Malappuram, where rains came down heavily, Hyderali Shihab Thangal, the supreme leader of Indian Union Muslim League - the second biggest ally of the Congress led UDF, was seen waiting in the queue, much before polling started to cast his vote.

"Our candidates both Kunhalikutty and E.T. Mohammed Basheer will win, while Rahul Gandhi contesting from Wayanad with a record margin. The Congress-led UDF will score an excellent victory," said Thangal, after casting his vote.

At the Ernakulam constituency, Congress candidate Hibi Eden and his wife were the first voters, at the Mamangalem polling booth.

"Everything looks fine for us, here and expect to come out with shining colours," said Eden to the media soon after he cast his vote, while his wife said this is the first time that she is casting her vote for her husband.

At the Chalakudy constituency, where ace comedian and sitting Lok Sabha member Innocent seeking his second victory as the CPI-M supported Independent candidate was also spotted in the queue to cast his vote along with his family.

At Kollam, the Congress led UDF candidate N.K. Premachandran along with his wife also cast his vote, early itself.

"As a candidate, I had to face a lot of smear campaign, but now I am confident, that I will win with ease," said Premachandran.