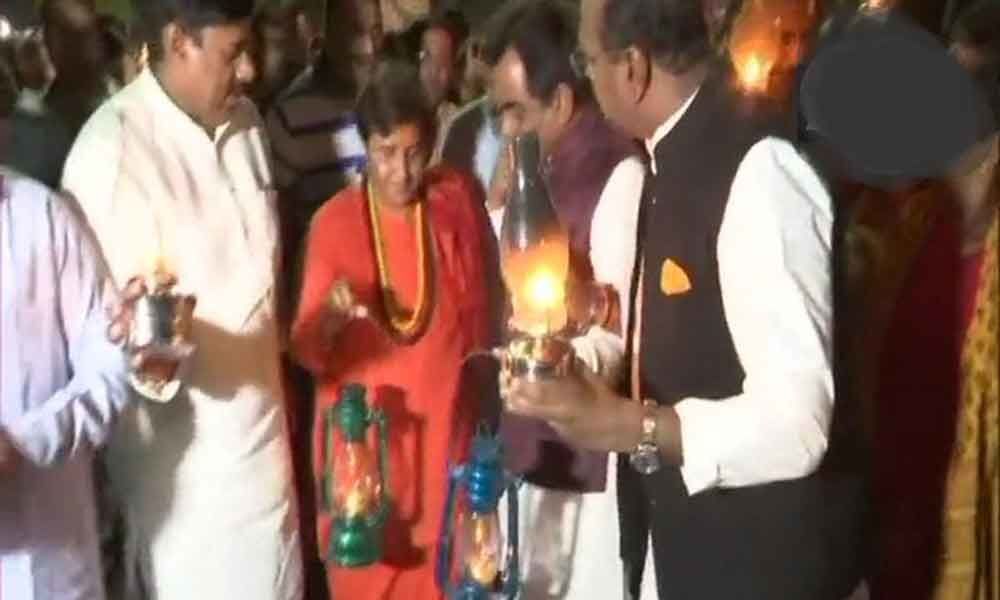 Bhopal: BJP workers and supporters on Wednesday took to the streets here to protest against the frequent power cut in the state. BJP Bhopal lawmaker Pragya Singh Thakur also participated in the agitation.

Carrying candles and lanterns, Thakur, along with BJP workers and supporters waded through the roads of the capital city to show resentment against recurring power cuts.

Speaking to media persons, Thakur said: "Since Kamal Nath came to power, there have been frequent power cuts and water shortage in the state. There were no such complaints during the tenure of Shivraj Singh Chouhan."

Continuing her tirade against the ruling Congress party in the state, she added: "There is a deficit of intention in this government. Congress had promised in their manifesto that they will distribute computers but how would people use them without electricity? They must answer this."