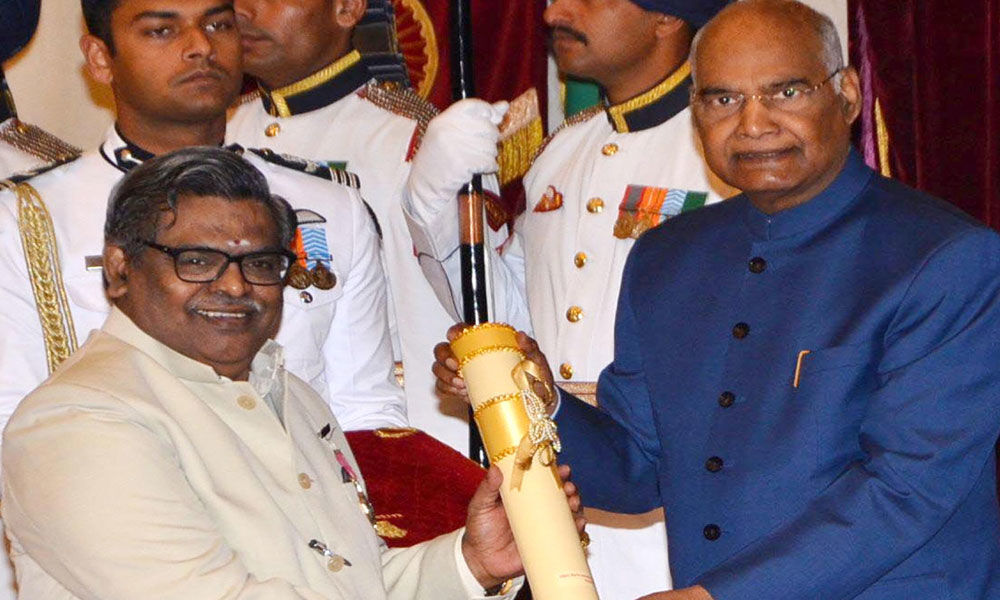 New Delhi: President Ram Nath Kovind on Saturday presented the Padma awards to 54 noted personalities, including scientist S Nambi Narayanan and actor Manoj Bajpayee. As many as 112 personalities were announced for this year's Padma awards on the eve of Republic Day and 47 dignitaries were conferred the awards on March 11.

The remaining awards were presented on Saturday in the Darbar Hall of Rashtrapati Bhavan, in the presence of Prime Minister Narendra Modi, Union Home Minister Rajnath Singh and other Cabinet ministers, including Harsh Vardhan, Rajyavardhan Singh Rathore and Vijay Goel.