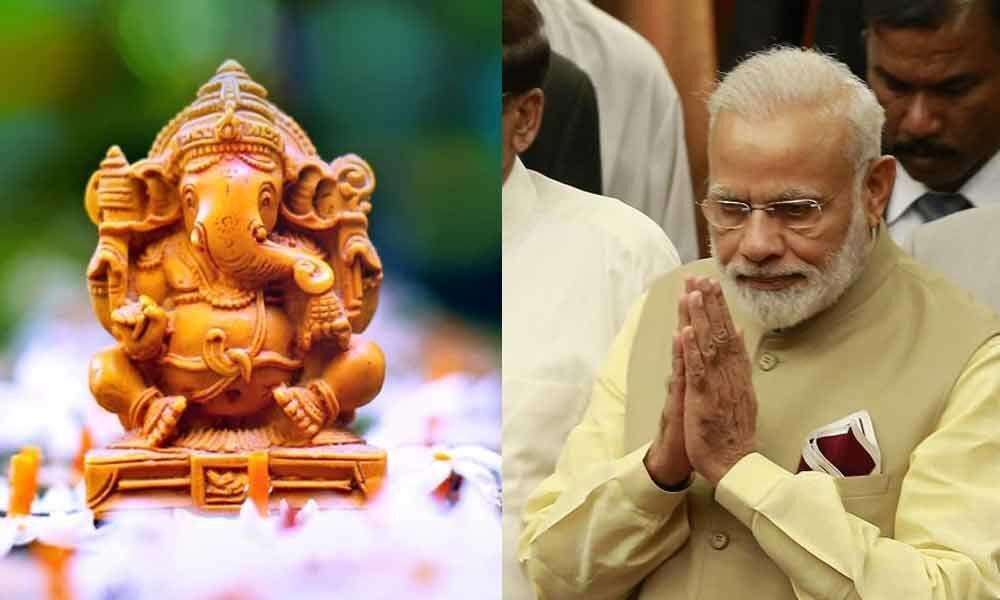 Prime Minister Narendra Modi on Monday greeted the nation on Ganesh Chaturthi, a festival that celebrates the birth of Lord Ganesha.

New Delhi: Prime Minister Narendra Modi on Monday greeted the nation on Ganesh Chaturthi, a festival that celebrates the birth of Lord Ganesha.

Bharatiya Janata Party President and Union Homes Minister Amit Shah posted a quote in Sanskrit and a photo of Lord Ganesha also on the micro-blogging site.

Meanwhile, Congress interim President Sonia Gandhi in a statement said: "Ganesh Chaturthi is a festival which symbolises the cultural unity of the country and brings people together in an atmosphere of happiness. This festival gives a message of peace, harmony and brotherhood to all the communities."

She called Lord Ganesha the "harbinger of happiness and dispeller of distress".

"May Lord Ganesha remove all the obstacles and sufferings and usher in wisdom, prosperity and good fortune for all the countrymen."

Former Congress President Rahul Gandhi, who resigned took to Twitter, saying: "Greetings to each and every Indian on the occasion of Ganesh Chaturthi".

The festival is marked by the installation of Ganesh idols as well observing of the rituals.

The 10-day celebrations take place across India but in Maharashtra, it is deemed as the state's largest public festival.