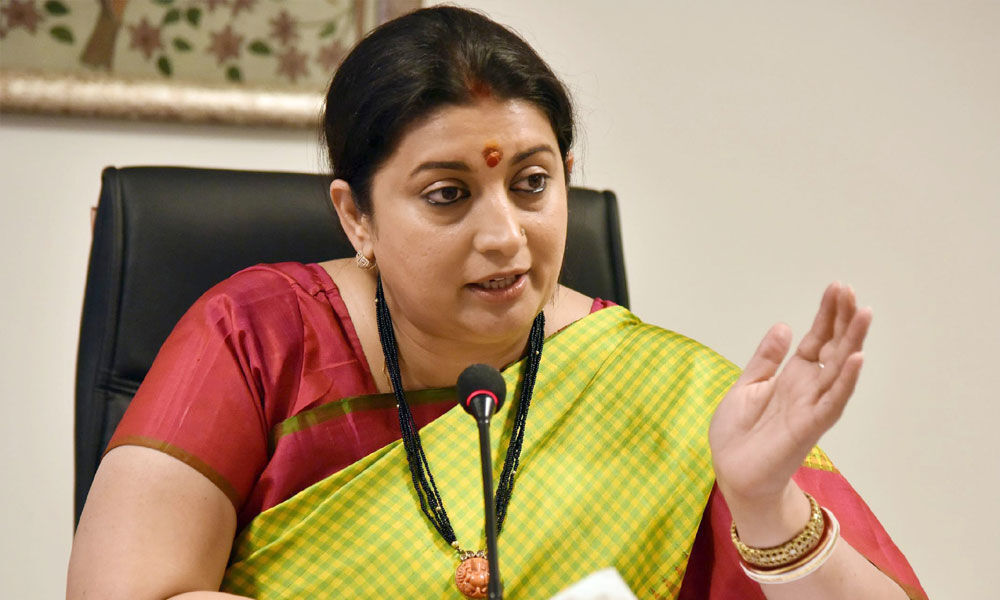 The BJP leader also took a dig at the Congress over a woman's accusation that its workers behaved inappropriately with her.

New Delhi: Union Minister and BJP leader Smriti Irani on Wednesday accused Priyanka Gandhi Vadra of "insulting" Lal Bahadur Shastri as a purported video showed the Congress leader garlanding a bust of the former prime minister during her tour in Uttar Pradesh with the garland she had worn.

Irani wrote a limerick in a Hindi dialect to take a dig at Priyanka Gandhi Vadra.

"In her "arrogance", she chose a used garland, clapped, waved her hands and left after insulting Shastri," Irani tweeted, tagging the video.

The BJP leader also took a dig at the Congress over a woman's accusation that its workers behaved inappropriately with her.

"It shows the real values of Congress," Irani alleged.