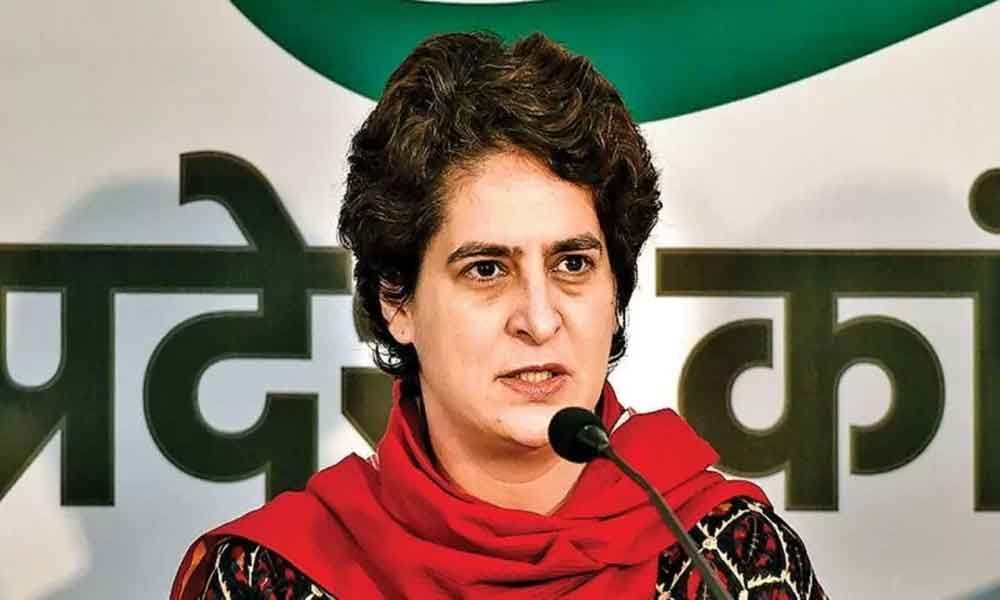 Calling it 'deplorable', Congress general secretary Priyanka Gandhi Vadra raised the issue of transfer of Justice Muralidhar on a day he came down...

New Delhi:Calling it 'deplorable', Congress general secretary Priyanka Gandhi Vadra raised the issue of transfer of Justice Muralidhar on a day he came down heavily on the centre as his brother and Congress leader Rahul Gandhi brought in Judge Loya sarcastically whose circumstances of death created a political row.

Priyanka tweeted: "The midnight transfer of Justice Muralidhar isn't shocking given the current dispensation, but it is certianly sad & shameful."

Making a case for independent judiciary, she went on to allege, "Millions of Indians have faith in a resilient & upright judiciary, the government's attempts to muzzle justice & break their faith are deplorable."

Rahul Gandhi joined in as well by tweeting:" Remembering the brave Judge Loya, who wasn't transferred."

Judge B.H. Loya was presiding over the Sohrabuddin Sheikh case, when he died in December 2014 at Nagpur under mysterious circumstances.

The Ministry of Law and Justice on Wednesday transferred Justice S. Muralidhar of the Delhi High Court to the Punjab and Haryana High Court.

The transfer came on a day when a High Court bench headed by Justice Muralidhar passed a series of orders with regard to the violence in northeast Delhi and said that "another 1984-like situation cannot be allowed to happen in the city under its watch."

As many as 27 people have lost their lives while over 200 have been injured after clashes between pro and anti-CAA protesters turned violent in northeast Delhi.

The transfer order is now read in connection with his strong stance against the government.

"In exercise of the power conferred by Clause (1) of Article 222 of the Constitution of India, the President, after consultation with the Chief Justice of India, is pleased to transfer Justice S. Muralidhar, Judge of the Delhi High Court, as a Judge of the Punjab and Haryana High Court and to direct him to assume charge of his office in the Punjab and Haryana High Court," read a notification of the Law Ministry released on Wednesday.

Recently, the Supreme Court Collegium had recommended the transfer of Justice Muralidhar to the Punjab and Haryana High Court. Though the transfer was procedural but the day of the government's issuance of notification has now sparked off a political row.