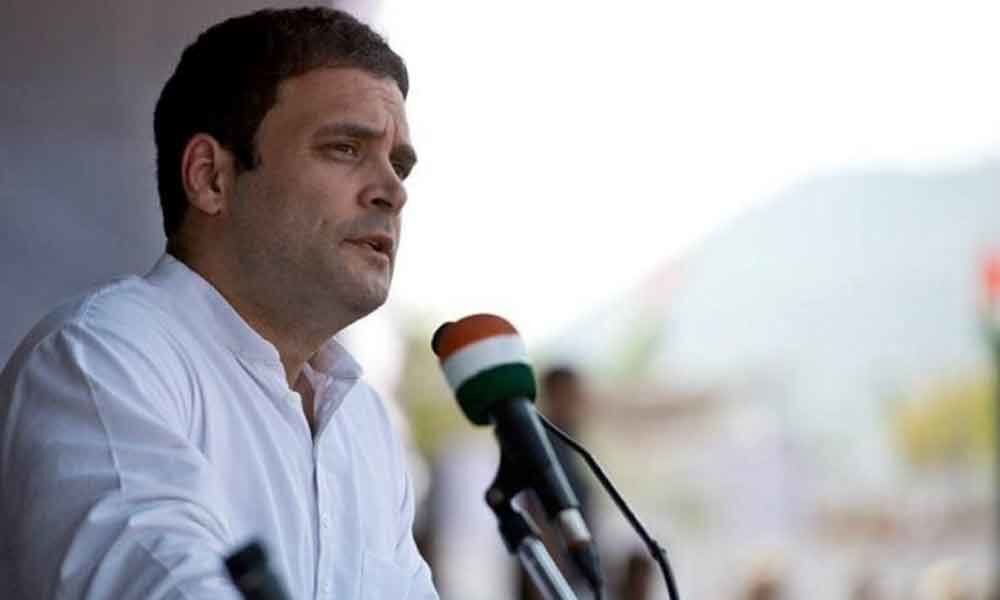 When asked whether if he would be resigning, the Congress chief said: "Let that be between me and the Working Committee."

NEW DELHI: According to sources, today the Congress Chief Rahul Gandhi, had insisted on resigning over the national election debacle and the party had unanimously rejected the idea.

Party leaders praised the 48-year-old and authorized him to reorganize the party, said sources.

Rahul Gandhi left the meeting without uttering a word. Other Congress leaders, have told the reporters that the official word would be shared at a press briefing.

Maharashtra Congress chief Ashok Chavan had said, "Rahul Gandhi alone is not responsible for the loss. Every state chief should present their resignations to the party president. I am also ready to resign so that the new team can take over."

On Thursday, Rahul Gandhi had told reporters that he accepted "100 percent" responsibility for the debacle. When asked whether if he would be resigning, the Congress chief said: "Let that be between me and the Working Committee."

As the Congress, which has always been devoted to the Nehru-Gandhi family, rejected the offer and assumed "collective responsibility".