Rahul's citizenship controversy shows that BJP is in a tight spot: Tejaswi 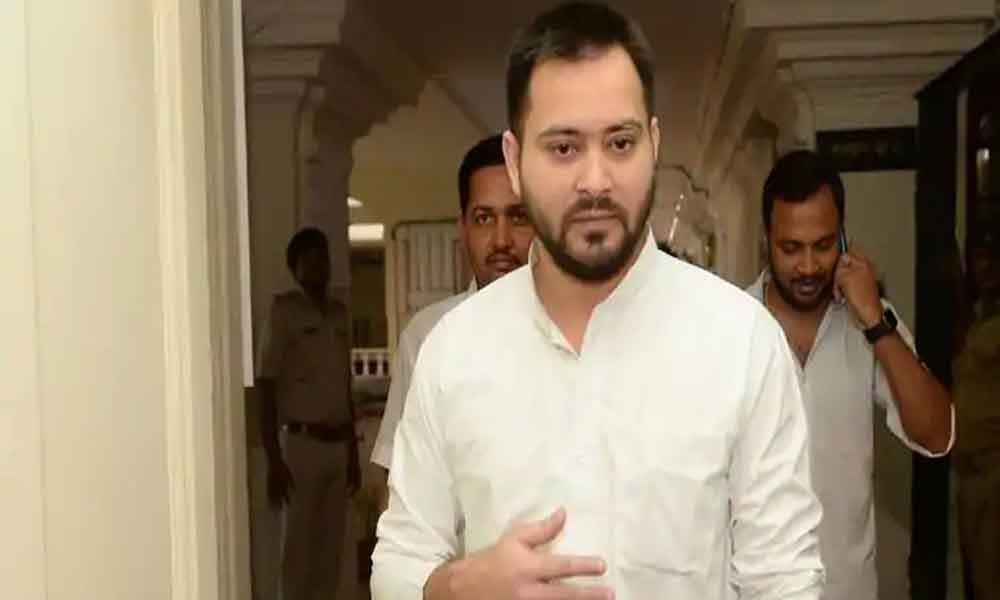 Tejaswi said that the people of Bihar will give a befitting reply to what he called 'divisive politics' of PM Modi.

"People have seen Rahul Gandhi since he was young. He was born and brought up here. His mother (Sonia Gandhi), father (Rajiv Gandhi) and grandmother (Indira Gandhi) served the nation for a long time. All such rubbish issues brought by BJP shows that the party is in a grim situation," he said while talking to reporters here.

The Ministry of Home Affairs on Tuesday issued a notice to Gandhi regarding his citizenship after receiving a complaint from Rajya Sabha MP Subramanian Swamy, who alleged that a company named Backops Limited was registered in the United Kingdom in 2003 and that Gandhi was one of the directors of the company.

Swamy has also claimed that the Congress president had declared his nationality as British in a UK-based company. Tejashwi accused Prime Minister Narendra Modi of using rogue language during his public speech in Muzaffarpur on Tuesday and said that the BJP leader did not even make a mention of the shelter-home rape case.

But he remained quiet. Instead, he was using rogue language. Raising questions on Rahul's citizenship issue shows that BJP is in a tight spot and Narendra Modi cannot be the Prime Minister again," he remarked.

Apparently attacking RJD chief Lalu Prasad over "poor" law and order situation during his tenure as Bihar's Chief Minister, Modi had said that bringing "adulterated people will lead to corruption and rampant crime."

"Increasing their power means bringing back the days of loot, kidnapping and corruption in Bihar," the Prime Minister had said. Tejashwi said that the people of Bihar will give a befitting reply to what he called "divisive politics" of Modi.

"What work have you done in the last five years? Did Bihar get the special package as promised? Did farmers' income double? Did the youth get jobs? Has the rate of inflation decreased? This is divisive politics by Modi. The people of Bihar will give a befitting reply to him," the RJD leader said.

In Bihar, 19 out of the 40 Lok Sabha seats went to polls in the first four phases of the general elections. The remaining 21 parliamentary constituencies will go to polls on May 6, 12 and 19. The counting of votes will take place on May 23.