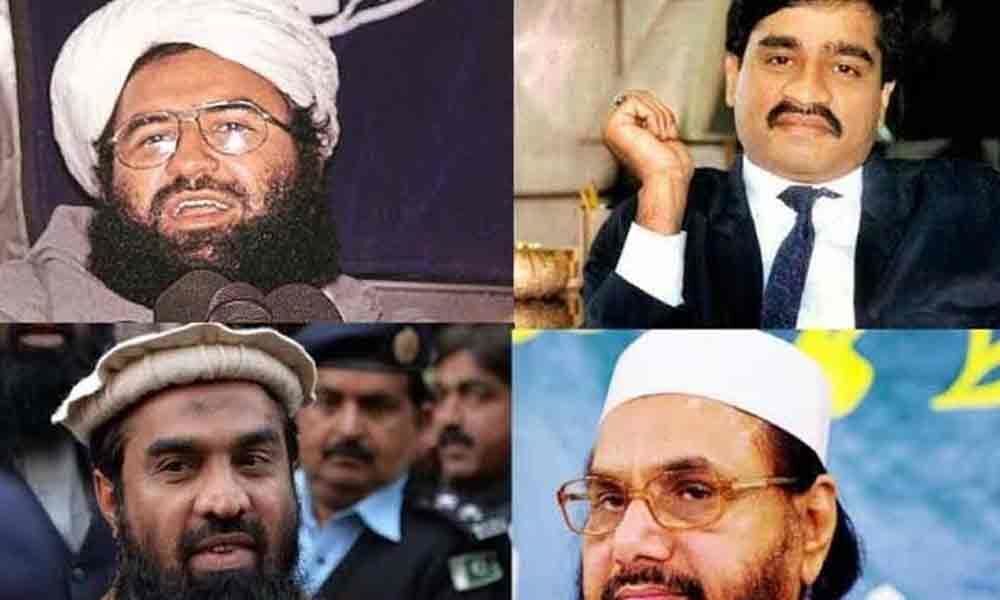 The notification was issued based on clause (a) of sub-section (1) of section 35 of the Unlawful Activities (Prevention) Act which empowers the Central government to notify the name of an individual in the fourth schedule to the Act, if it believes that the individual is involved in terrorism.

The Central government believes that Saeed, Azhar, Lakhvi and Dawood are involved in terrorism and are to be notified as terrorists under the UAPA, said the notification.

"Azhar has been designated as a global terrorist by the United Nations under the United Nations Security Council Resolution 1267 on May 1 this year and was declared as a proclaimed offender by the Special Judge (POTA), New Delhi," the notification said.

He was accused in various cases registered and being investigated by the National Investigation Agency and a charge sheet had been filed against him in the Pathankot air base attack case. A Red Corner Notice (No. A-1086/7-2004 and A-4367/5-2016) have also been issued against Azhar.

It was also noted in the notification that he has been involved in various terrorist attacks in India that include the Red Fort attack (December 22, 2000) in which three persons including two army jawans were killed, and the Rampur attack (January 1, 2008) in which seven Central Reserve Police Force personnel and one civilian were killed. He was also named in the 26/11 Mumbai attack in which 166 people, including 25 foreigners, were killed and 235 people were injured.