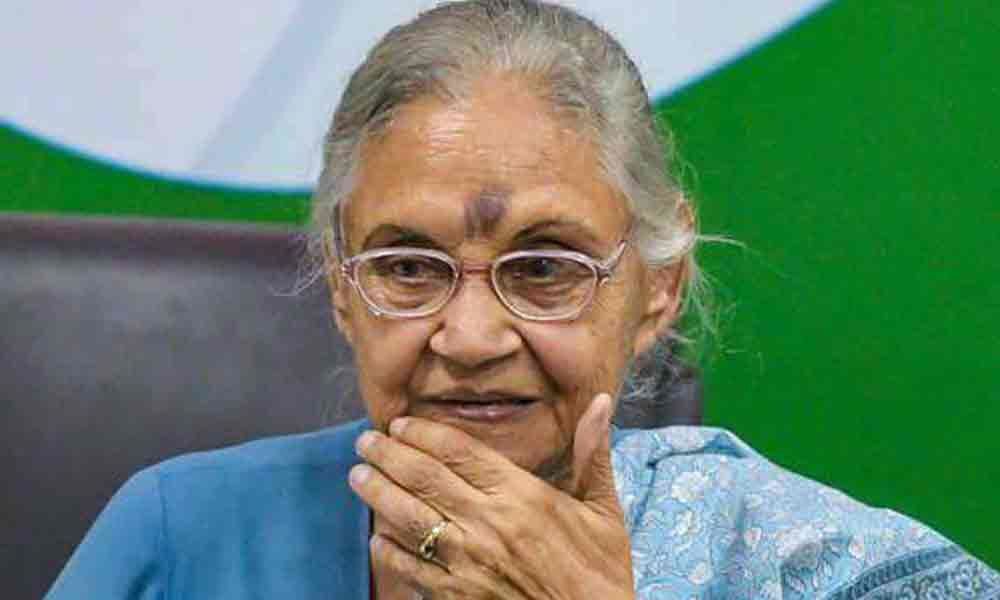 Sheila Dikshit was quite fond of Western music since her youth and would sit near the radio waiting for her favourite songs to be aired.

New Delhi : Sheila Dikshit was quite fond of Western music since her youth and would sit near the radio waiting for her favourite songs to be aired. She also developed a fascination for footwear and had a good collection. Apart from these, reading was a big passion. She also loved watching movies and her first film in theatres was "Hamlet" in black-and-white.

In the midst of hectic political activity too, she would take out time for watching a movie and saw Shah Rukh Khan-starrer "Dilwale Dulhania Le Jaenge" 20 times. Dikshit had mentioned about these in her autobiography "Citizen Delhi: My Times, My Life" published last year.

"There was no television, and radio was accessible only during certain hours of the day. Life revolved around studying for school and pastimes like reading books, watching the occasional film, and listening to music," she wrote.

"Father was a member of the Gymkhana Club (of Delhi) and during my teenage years when we lived within walking distance of it, on Dupleix Lane, we would get a fresh lot of six books every weekend to last us until the next weekend.

Her favourite books were Lewis Caroll's "Alice in Wonderland" and "Through the Looking Glass, What Alice Found There" and the Sherlock Holmes series. Friday nights, according to her, were reserved for an immensely popular western music programme called, "A Date with You", which played the latest songs. "Clustering around the radio, we would try telepathic experiments to will the radio jockey to play the latest Doris Day or Henry Belafonte records!" she wrote.

She also mentioned about her great craze for footwear. "The shops coming up in Janpath, allotted to refugees from Pakistan who had initially spread out their wares on the floor of the corridors of Connaught Place, provided me a reprieve from the sturdiness of the two 'Bs' - Bata and Baluja! Those small shops sold eye-catching, flat leather sandals with straps in bright colours, at three rupees a pair," she wrote in the book published by Bloomsbury.

From her monthly pocket money, which was Rs 5 then, she saved enough over a period to buy several pairs in various colours and simple designs. Dikshit did her schooling from Convent of Jesus and Mary and then to Miranda House, one of the most prestigious colleges of Delhi University.