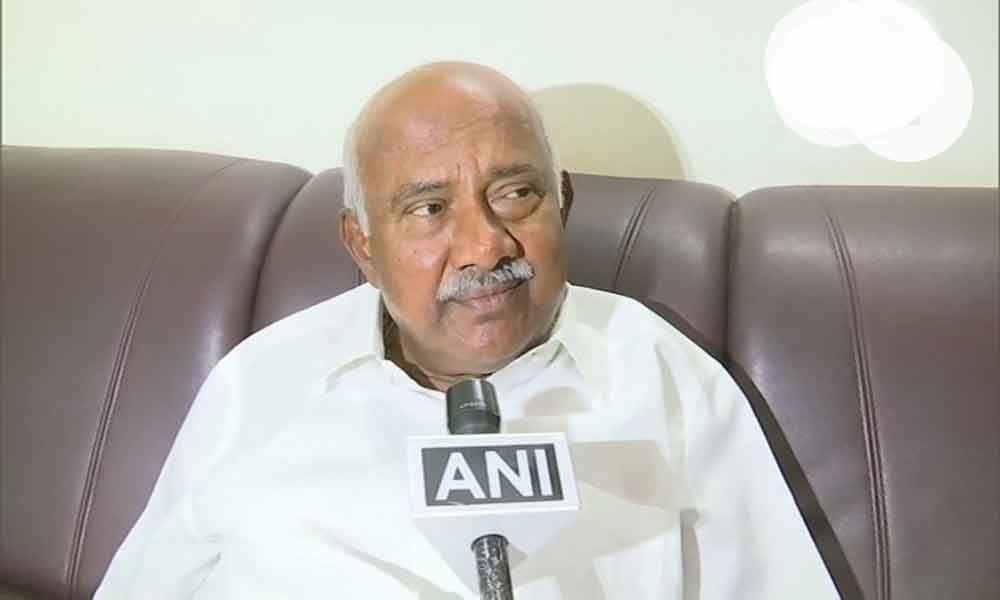 New Delhi: After the Karnataka Pradesh Congress Committee (KPCC) was dissolved barring the president and the working president, former Janata Dal-Secular (JD-S) president H Vishwanath on Thursday hit out at former Karnataka Chief Minister Siddaramaiah, saying he is responsible for the rift among the alliance partners.

Vishwanath said: "A senior Congress leader who was a member of the Congress Working Committee said that Siddramaiah has brought JD(S) fight into the Congress party. He is trying to destabilise the state government."

"The core of contention is Siddramaiah's style of functioning. Siddramiah is not good at politics. He would have suspended me if I were in the Congress. Senior Congress leader Roshan Baig was suspended because of him," he added.

Vishwanath also held Siddaramaiah responsible for Bengaluru MLA Roshan Baig's suspension. "He wrote against Roshan Baig for personal reasons, which is not the right thing to be done by any leader."

"KPCC president Dinesh Gundu Rao is only promoting people who are close to him, alleged a leader. A senior leader from the state said that dissolving PCC without the president is of no use," he added.

The Congress fared poorly in the recently concluded Lok Sabha elections in the state where it won just one seat out of the 28 that went to polls as against 25 won by the BJP.