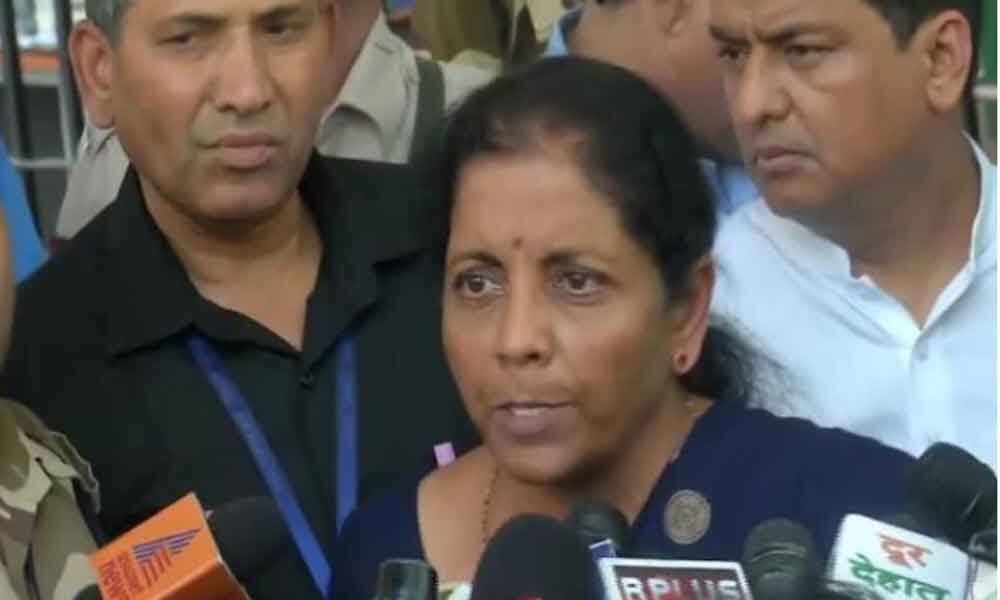 Sitharaman said Rashtrapati Bhawan has asserted that they have not received any such letter.

New Delhi: Defence Minister Nirmala Sitharaman on Friday condemned the circulation of a purported letter written to President Ram Nath Kovind by veterans of the Armed Forces expressing displeasure over alleged politicisation of the services.

Speaking to media here, Sitharaman said Rashtrapati Bhawan has asserted that they have not received any such letter. She also said that two senior officers whose named are mentioned in the purported letter have denied signing it.

"Two senior officers said they have not given consent, worrying that fake letters being signed by vested groups. It is condemnable. Rashtrapati Bhawan has also said that they have not received the letter," she said.

Earlier today, a Rashtrapati Bhavan source said that the President has not received any letter from the former officers of the Army, Navy and Air Force.

"I do not know what it is all about. All my life, we have been apolitical. After 42 years as an officer, it is a little late to change. We have always put India first. I do not know who these people are and it (the letter with names of officers) is a classic manifestation of fake news," General Rodrigues told ANI.

Air Chief Marshal Suri said, "This is not Admiral Ramdas' letter and it has been done by some Major Chaudhary. He has written this letter and this was coming on WhatsApp and emails. To put an end to it, I wrote that armed forces are apolitical and support the politically elected government."

"My consent has not been taken for any such letter. And I do not agree with whatever has been written in that letter... We have been misquoted by this Major Chaudhary," he added.

Former Army Vice Chief Lt General ML Naidu, whose name also figured in the purported letter, said, "No, my consent has not been taken for any such letter and neither have I written any such letter."