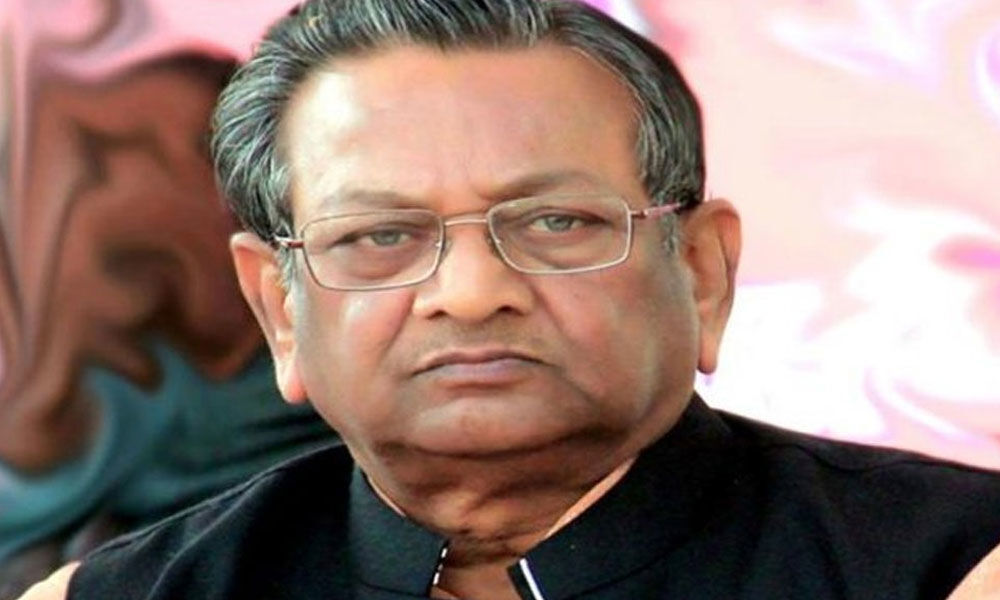 Lucknow: The Samajwadi Party on Saturday decided to field sitting BJP MP from Allahabad Shyama Charan Gupta as its nominee from Banda Lok Sabha seat. Gupta, a leading businessman-turned-politician, was elected to the Lok Sabha from Banda parliamentary constituency in 2004 on a ticket of Samajwadi Party.

He fought from Phulpur in the 2009 general election, losing to his Bahujan Samaj Party (BSP) counterpart. The leader resigned from the Samajwadi Party and joined the BJP to contest the 2014 Lok Sabha election from Allahabad. Commenting on the development, BJP state unit president Mahendra Nath Pandey said Gupta had the inkling that the saffron party would not give him another chance after he and his son were warned over statements against the party line.

"The BJP will win both Prayagraj and Banda seats. The feedback for Gupta in a survey was not found to be good, so he found a new party for himself," he said. The Akhilesh Yadav-led SP has so far announced the names of 17 candidates of its quota of 37 seats following its alliance with the BSP in the state.

Of 80 Lok Sabha seats in Uttar Pradesh, the SP will contest in 37 seats and the BSP in 38 seats, leaving three seats for Ajit Singh-led Rashtriya Lok Dal (RLD). The alliance has not fielded any candidate in Rae Bareli and Amethi from where Congress leaders Sonia Gandhi and Rahul Gandhi will contest respectively.