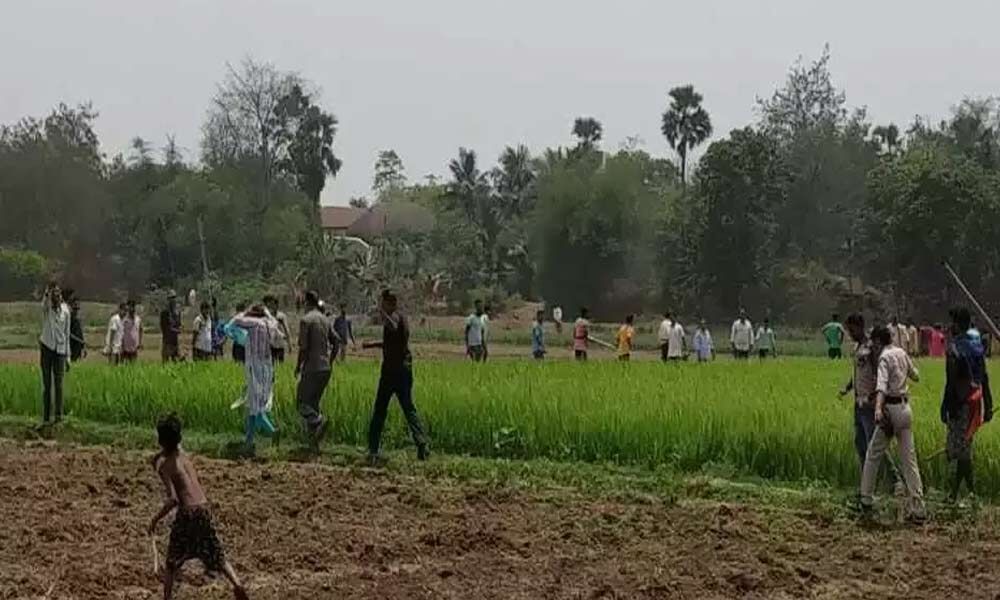 Sporadic incidents of violence were reported on Tuesday in some areas where voting is underway in the third phase of the West Bengal assembly elections, even as the overall situation by and large remained peaceful with 34.71 per cent turnout recorded till 11 am, officials said.

KOLKATA: Sporadic incidents of violence were reported on Tuesday in some areas where voting is underway in the third phase of the West Bengal assembly elections, even as the overall situation by and large remained peaceful with 34.71 per cent turnout recorded till 11 am, officials said.

They said that voting is underway with strict adherence to COVID-19 protocols in 16 seats in South 24 Parganas district (part II), seven in Howrah (part I) and eight in Hooghly (part I). "Voter turnout of 34.71 per cent was recorded till 11 am in 31 seats," an EC official said.

Chief Minister and TMC supremo Mamata Banerjee alleged "blatant misuse" of central forces to "influence voters". "The blatant misuse of Central forces continues unabated. Despite us repeatedly raising this issue, @ECISVEEP continues to be a mute spectator while men in uniform are being misused at several places to openly intimidate TMC voters & influence many to vote in favour of one party," she tweeted.

She shared a screengrab of a scuffle between BJP and TMC supporters in Goghat constituency. TMC turncoat and BJP candidate from Diamond Harbour seat, Dipak Haldar alleged that his former party is not allowing voters to come to polling stations. "TMC men are not allowing BJP supporters to come out and vote freely, and unfortunately, the central forces are mute spectators," he said.

The ruling party in the state has dubbed the allegations as "baseless".

In Dhanekhali seat, state minister Asima Patra accused the central forces of high-handedness and alleged that voters were being stopped from coming to the polling stations by the BJP "goons", an allegation dismissed by the saffron party.

In Khanakul, TMC candidate Najmul Karim was allegedly assaulted by the BJP activists and slogans were raised against him. Later, central forces rescued him from the area. In Arambagh, Sujata Mondal Khan accused the BJP of threatening the TMC supporters, an allegation denied by the saffron party.

Police said that a BJP supporter's family member was allegedly killed in Hooghly district, hours before the commencement of polling in the area. Madhabi Adak succumbed to her injuries sustained while protecting her son from a few men who barged into their house, they said.

Adak's family accused that the TMC was behind the incident, a charge denied by the ruling party. Four EVMs and an equal number of VVPATs were found in the house of a TMC leader in Uluberia Uttar assembly seat in Howrah district, following which a poll official was suspended.

Long queues were seen outside polling stations, where voting will continue till 6.30 pm. Over 78.5 lakh voters are eligible to exercise their franchise to decide the fate of 205 candidates, including BJP leader Swapan Dasgupta, state minister Ashima Patra and CPI(M) leader Kanti Ganguly.

The Election Commission has imposed prohibitory orders under Section 144 of CrPC in all the constituencies, declaring them as 'sensitive'.