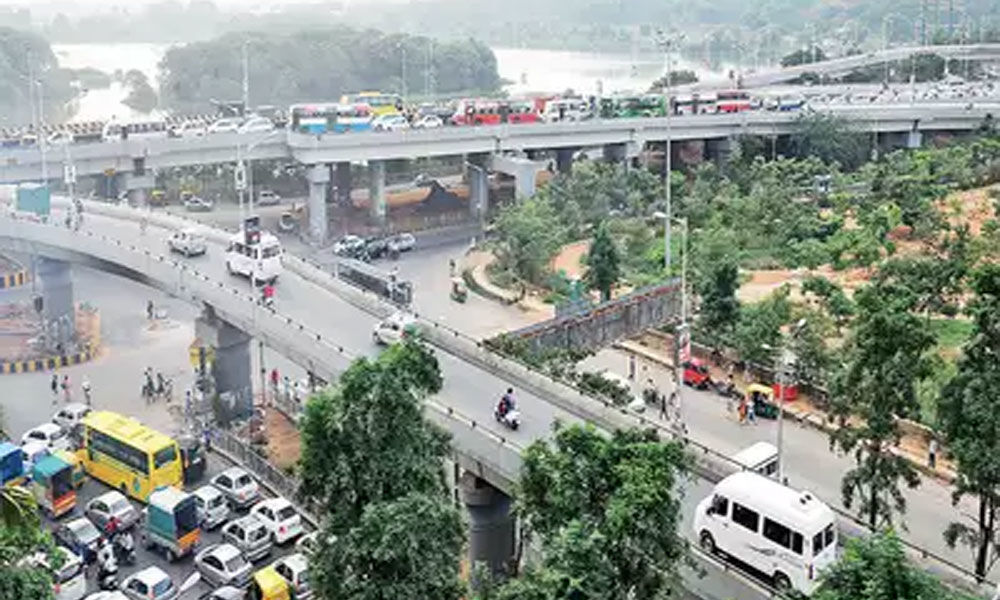 Authorities have been announcing several solutions to traffic snarls on Hebbal Flyover, but no move had been made regarding a permanent solution to the traffic-related problems on this flyover.

BENGALURU: After an inordinate delay, the state government has appointed an expert committee which will be looking at traffic bottlenecks at flyover and discuss whether to extend elevated corridor up to Esteem Mall.

Authorities have been announcing several solutions to traffic snarls on Hebbal Flyover, but no move had been made regarding a permanent solution to the traffic-related problems on this flyover.

Earlier, the Karnataka Road Development Corporation Limited (KRDCL) has planned to begin the alignment from Esteem Mall but it had shifted the location to Baptist Hospital by making it clear that the elevated corridor from Silk Board would not be traversing the Hebbal flyover.

KRDCL Managing Director BS Shivakumar, has said that, "A decision on extending the elevated corridor up to Esteem Mall will be taken, based on the expert committee's report."

Ashish Verma, associate professor, Transportation Systems Engineering, Department of Civil Engineering, Indian Institute of Science, has said, "The Cauvery Junction on Sankey Road is a classic example of a bottleneck. The need of the hour is to focus on such bottlenecks to mitigate traffic woes. The authorities have to ensure the number of lanes on the flyover is same as the number on both sides of the flyover."

The transport expert RK Misra has said that, the BDA has been preparing a plan for construction of additional loops at the flyover and the BMRCL is also preparing a plan to extend Namma Metro up to Kempegowda International Airport. "The width of the flyover cannot be extended due to lack of space. I came to know that traffic experts are working on the designs of BMRCL and BDA. I think the pillars to be constructed by the BMRCL can be used for constructing additional loops by the BDA,'' Misra says.