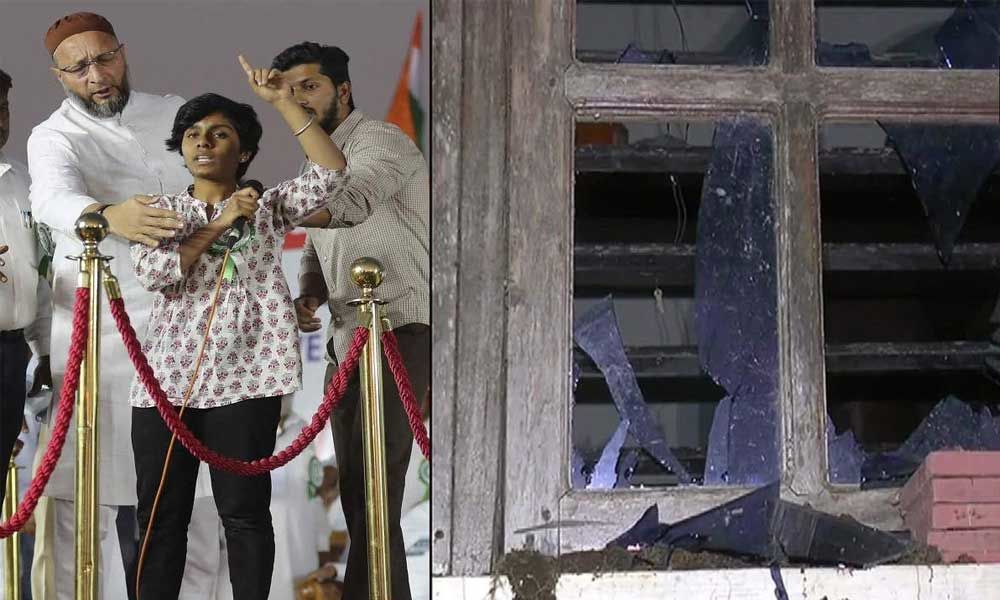 Amulya Leona, who raised anti-India slogans at a CAA protest meeting led by AIMIM chief Asaduddin Owaisi at Freedom Park in Bengaluru last night was arrested and has been sent to 14-day custody. A case of sedition to has been booked against her.

Last night at a meeting in Bengaluru, Amulya chanted Pro-Pakistan slogans saying "Pakistan Zindabad.' This angered the audience and she was soon taken away by the police at the meeting even as Asaduddin Owaisi was shocked.

A few minutes later, after Amulya Leona's video went viral, some unknown people pelted stones at her house in Koppa, Chikkamagaluru in Karnataka.

Her mother is away and father was in the house when the incident happened. Reports also said that Bajrang Dal activists reached her house and questioned Amulya Leona's father about his daughter's anti-national activities.