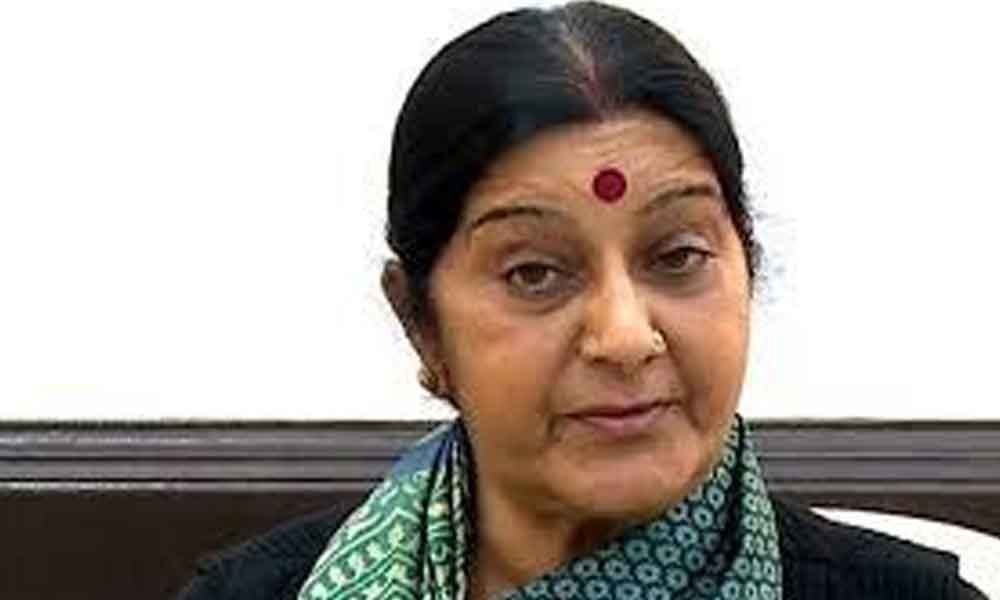 External Affairs Minister Sushma Swaraj on Thursday assured all help from the Indian Embassy in Riyadh to a man who talked about committing suicide if he was unable to return to India from Saudi Arabia.

New Delhi: External Affairs Minister Sushma Swaraj on Thursday assured all help from the Indian Embassy in Riyadh to a man who talked about committing suicide if he was unable to return to India from Saudi Arabia. "'Khud kusi' ki baat nahin sochte. Hum hain na. Hamari Embassy aapki poori madad karegi (Don't think about suicide. We are there. Our embassy will extend all help to you)," Sushma Swaraj said in a tweet.

She also asked for a report on the issue from the Indian Embassy in Riyadh. "@IndianEmbRiyadh - Pls send me a report on this," she added. In the tweet to the embassy, which was subsequently deleted, the man who identified himself as Ali said he had been pleading for help from the embassy for almost a year and it would be of huge help if he could be sent to India. He said he has four children.

Ali also tweeted that there was some problem in his family in India and that he has been in Saudi Arabia for 21 months without taking any leave. Sushma Swaraj is known for responding to people seeking her help about their problems which can be taken up by her ministry.

In another tweet, she thanked a twitter user for bringing to her notice the "outdated mode of payment" for attestation charges to be paid to the Indian Consulate General in San Francisco. "Thanks for bringing this to my notice. We will examine this," she said.

In his tweet, the person named Kshitij said: "Dear Madam @CGISFO has a requirement that attestation be paid thru money order or cashier's check, in this age of digitalisation why are GoI ofc abroad insisting on outdated modes of payment? atleast accept card, in India you do, why nt in US."

In another tweet, she asked the Indian High Commission in London to help a Gujarat-based family which lost one of its members in a road accident in London on April 10.