There is conspiracy to make CJI resign: Lawyer to SC 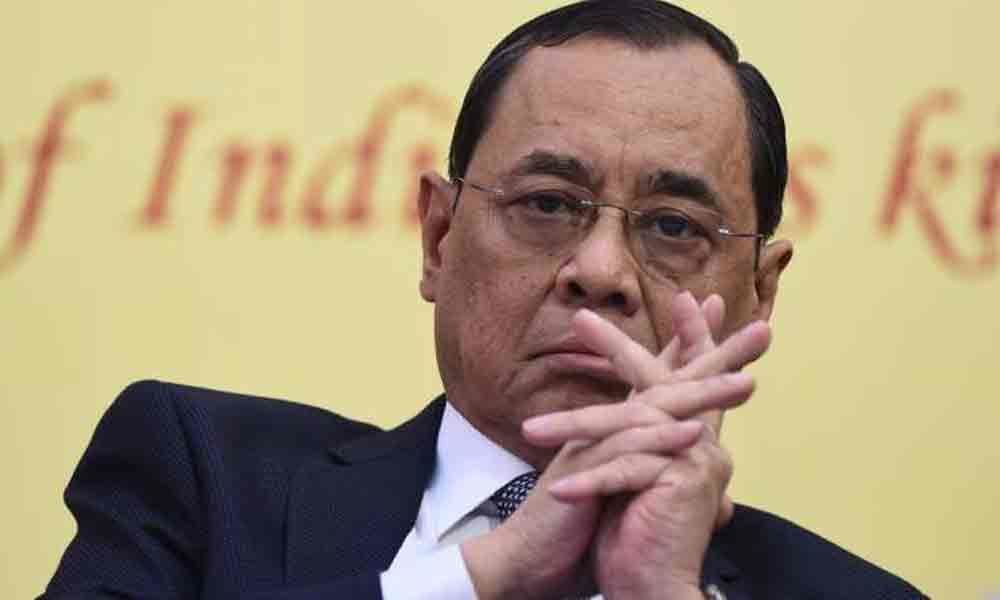 The lawyer then sought interaction with the complainant to verify the claims, it said, adding that the meeting was denied which gave rise to the suspicion.

NEW DELHI: A lawyer made a sensational claim in the Supreme Court on Monday that there was a conspiracy a foot to make CJI Ranjan Gogoi resign by "framing him" in a false case of sexual harassment.

Lawyer Utsav Singh Bains, in his affidavit filed in the case taken up by the apex court on Saturday as the matter of "great public importance touching upon the independence of judiciary", has also claimed that he was offered Rs 1.5 crore by one Ajay to represent a former apex court woman employee and arrange a presser against the CJI at the Press Club of India here.

"The Deponent wishes to bring to notice of the court a serious matter of a conspiracy to make the Chief Justice of India resign by framing him in a false case of sexual harassment," the lawyer said.

Bains said he was shocked to hear the allegations and was willing to represent the complainant.

"But when the said Ajay further narrated the entire sequence of events and facts of the case, the Deponent was not convinced and found several loopholes in the said Ajay's version of events," the affidavit said.

The lawyer then sought interaction with the complainant to verify the claims, it said, adding that the meeting was denied which gave rise to the suspicion.

"The Deponent was informed by reliable sources that certain 'Fixers', who claim to be engaged in illegally managing Judgements in exchange for cash are behind this plot as the CJI has taken decisive action to crack down on such fixers," the affidavit claimed.

The lawyer, who has been appearing in cases including for the victims and their kin in sexual harassment cases against jailed self-styled Godman Asaram and the witness protection matter, has also named some alleged "fixers" in his affidavit.

However, he has not revealed his source of information.

"The Deponent will not share any names of the sources mentioned herein under any circumstances as these were Privileged Communications under the Advocates Act," the affidavit said.