This is revenge politics; we won't be cowed down by this: CM Kumaraswamy 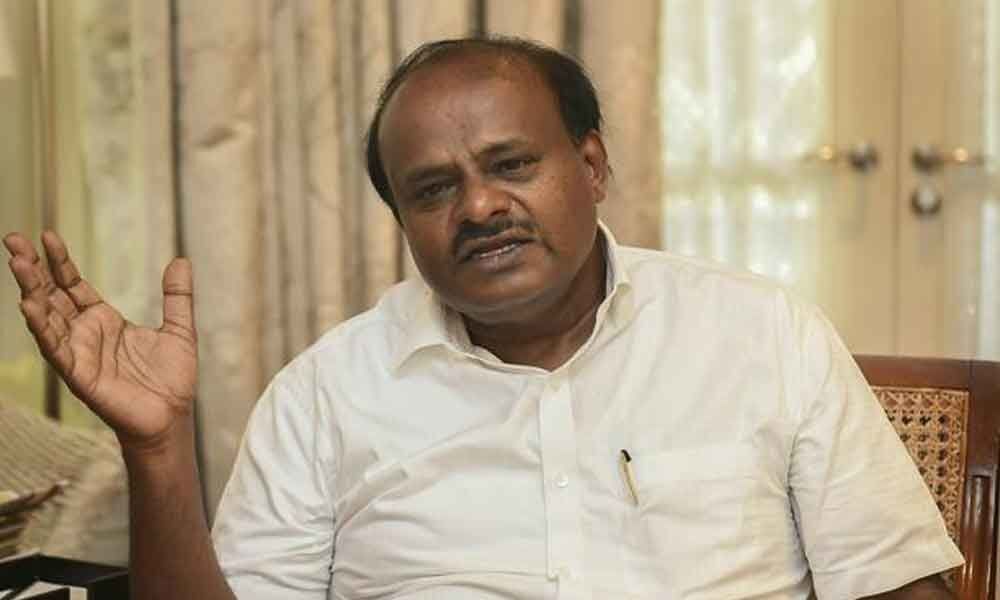 Following the raids, Congress-JD(S) workers were addressed by the CM outside the I-T department offices.

Congress-JD(S) leaders launched a complete assault on the Modi government for indulging in 'revenge politics' due to the income-tax raids on eight associates of top coalition leaders in Old Mysore region of Karnataka early Thursday.

Kumaraswamy said he, too, can let loose the Anti-Corruption Bureau on tax sleuths, after expecting that 300 CRPF personnel would arrive in Bengaluru to provide assistance in the raids. Following the raids, Congress-JD(S) workers were addressed by the CM outside the I-T department offices.

Kumaraswamy selected principal chief commissioner of I-T (Karnataka and Goa region), BR Balakrishnan, in his fusillade against the department. "We are not against raids. But we protest selective raids conducted in Mysuru, Mandya, Hassan, Shivamogga and Kanakapura. Don't work as agents of the NDA government which is in its last hours,'' the CM said. "This is revenge politics; we won't be cowed down by this," he added.

The IT department explained that "no MP, MLA or minister" had been investigated, but abstained from ascertaining the eight individuals whose 20 premises were searched during the day. The list included Mandya and Mysuru properties of Minister CS Puttaraju's relatives.

"Raid the Hassan PWD engineer's house, not his office. I-T officials think they are descendants of Harishchandra and above reproach. Everyone knows how a 'settlement' takes place after a raid,'' he alleged. "I'm told Balakrishnan is doing this on the promise of being made a governor after retirement,'' the CM said.