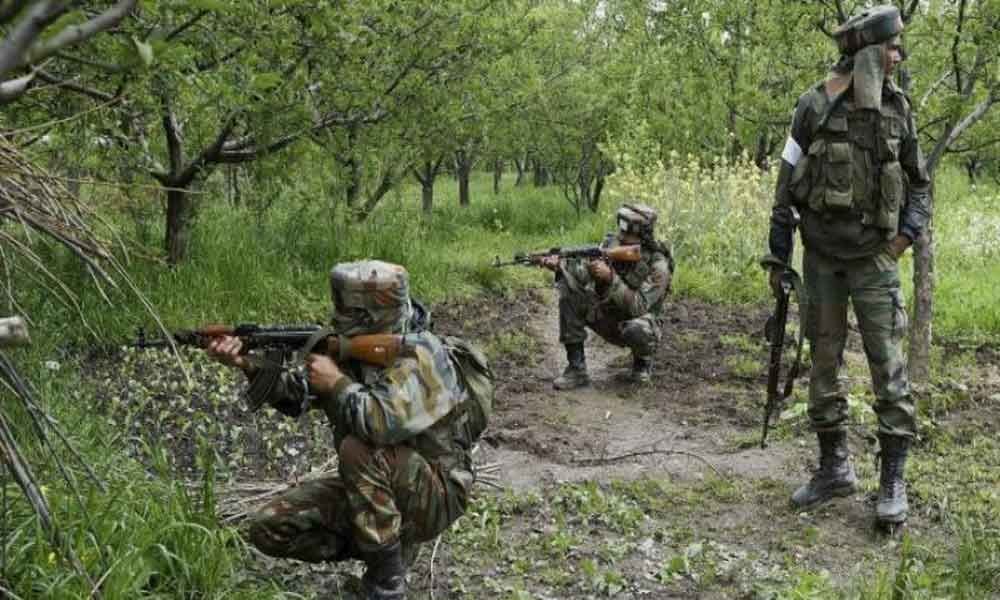 Three unidentified militants were Friday killed in an encounter with security forces in poll-bound Shopian district of Jammu and Kashmir, the Army...

Srinagar:Three unidentified militants were Friday killed in an encounter with security forces in poll-bound Shopian district of Jammu and Kashmir, the Army said.

An encounter broke out between militants and security forces in the Imam Sahib area of Shopian following a cordon and search operation in the early hours, an Army official said.

He said initially a brief exchange of firing took place between the two sides, prompting the security forces to strengthen the cordon to prevent the militants from escaping.

"Three militants have been killed in the operation which was going on when last reports came in. War like stores and weapons have been recovered from the scene of the encounter," the official said.

Clashes between protestors and law enforcing personnel broke out near the encounter site after some people pelted stones at the security forces engaged in the anti-militancy operation, a police official said.

He said two persons sustained minor pellet injuries in the security forces' action to chase away the miscreants.

According to preliminary information, the militants were affiliated to Hizbul Mujahideen. One of the slain militants is believed to be Lateef 'Tiger', the last surviving militant of the 10 associates of HM commander Burhan Wani who was killed in an encounter in July 2016, the official said.

An official confirmation to this effect can only be made after proper identification process is completed, he added.