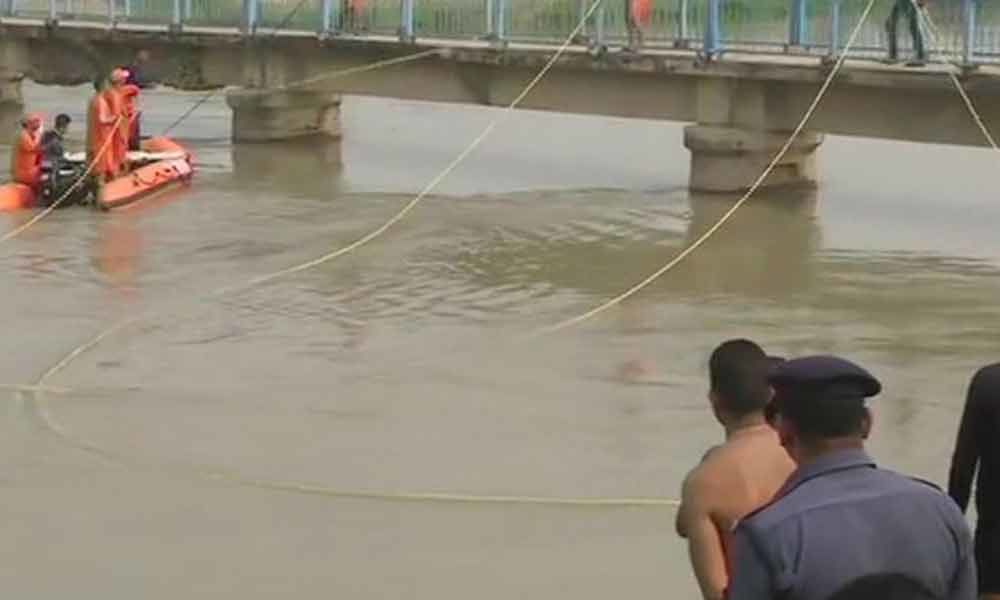 Bodies of three children were recovered during search operations after seven of them went missing when a pick-up van plunged into a canal on Thursday, officials said.

Lucknow : Bodies of three children were recovered during search operations after seven of them went missing when a pick-up van plunged into a canal on Thursday, officials said.

The vehicle carried 29 people, who were returning after a wedding function in neighbouring Barabanki district, and of them 22 were rescued. Seven children went missing and bodies of three were fished out by divers of the NDRF and SDRF, officials said.

The van fell into the Indira canal in Nagram area on the city outskirts at around 3 am, Lucknow District Magistrate Kaushal Raj Sharma said.

"Three bodies have been found and hunt is on to trace the remaining four children," Sharma told PTI. He said the bodies are yet to be identified. "As many as seven children, all in the age-group of 5 -10 years, are missing.

A large crowd of onlookers gathered at the site of the accident where parents of some of the missing children accused the driver of the pick-up van of being under the influence of alcohol.

One of the aggrieved parents, Lajjawati, said, "The driver of the van was under the influence of alcohol and was driving at a high speed when he overshot a bend and the van hurtled down the canal."

She said some of the passengers had repeatedly asked him to slow down but he ignored their plea, leading to the accident.