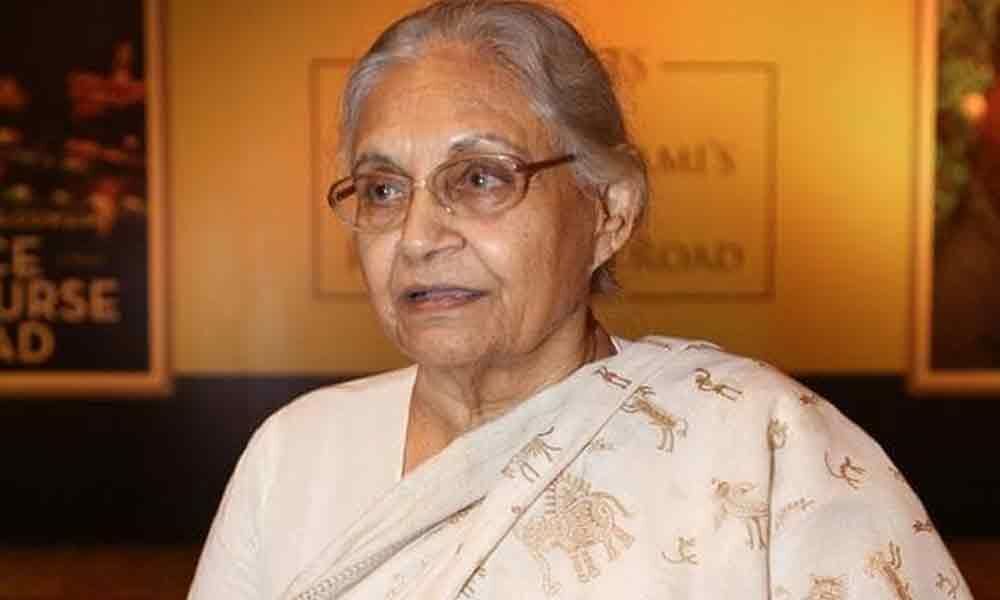 Veteran Congress leader Sheila Dikshit has passed away in Delhi. She was 81.

Ms Dikshit's family has confirmed that the leader has passed away at 3.30 PM this evening.

She was working as the Delhi Congress chief since January this year.

"We regret to hear of the passing of Smt Sheila Dikshit. Lifelong congresswoman and as three time CM of Delhi she transformed the face of Delhi. Our condolences to her family and friends. Hope they find strength in this time of grief," the Congress tweeted.

Sad to hear of the passing of Smt Sheila Dikshit, former Chief Minister of Delhi and a senior political figure. Her term in office was a period of momentous transformation for the capital for which she will be remembered. Condolences to her family and associates #PresidentKovind

I express my profound sorrow and grief over the demise of former Chief Minister of Delhi, Smt. Sheila Dikshit today. She was a good administrator. #SheilaDikshit pic.twitter.com/uusV7uIi9q

Deeply saddened by the demise of Sheila Dikshit Ji. Blessed with a warm and affable personality, she made a noteworthy contribution to Delhi's development. Condolences to her family and supporters. Om Shanti. pic.twitter.com/jERrvJlQ4X

I'm devastated to hear about the passing away of Sheila Dikshit Ji, a beloved daughter of the Congress Party, with whom I shared a close personal bond.

My condolences to her family & the citizens of Delhi, whom she served selflessly as a 3 term CM, in this time of great grief.

Just now got to know about the extremely terrible news about the passing away of Mrs Sheila Dikshit ji. It is a huge loss for Delhi and her contribution will always be remembered. My heartfelt condolences to her family members. May her soul rest in peace

CM Pinarayi Vijayan has condoled the passing away of Sheila Dikshit. The veteran leader had served as Delhi's chief minister for three terms. She had also served as Governor of our State. pic.twitter.com/5ECMa2DDpo

Deeply grieved by the sad demise of Smt. #SheilaDikshit, who had won people's hearts with her endearing personality & strong administrative capability, during her tenure as Chief Minister, Delhi &as Governor, Kerala.Heartfelt condolence to her family. May her soul rest in peace pic.twitter.com/a78y26jv5p