Yogi Adityanath don't know how to use laptop: Akhilesh Yadav 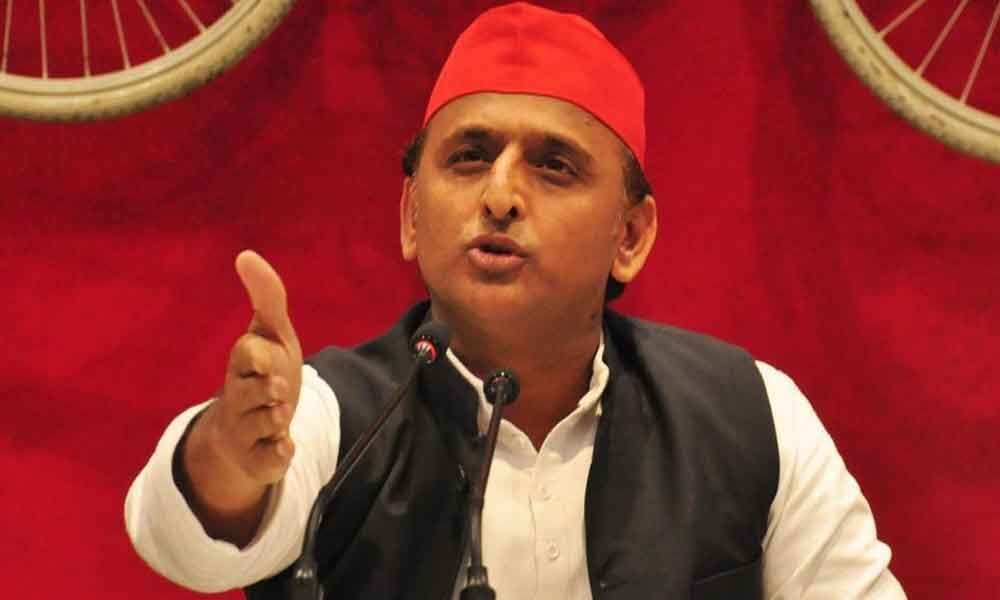 Lucknow: Samajwadi Party leader Akhilesh Yadav on Tuesday said that Uttar Pradesh Chief Minister Yogi Adityanath Nath is not distributing laptops to the young people in the state because he does not know how to use one.

Yadav, while addressing an event in Lucknow, highlighted how the state government under him had distributed laptops among the people in the state. "We had given laptops to the young people. Yogi Adityanath does not know how to use a laptop that is why he has not distributed them."

The Samajwadi Party chief further accused Yogi Adityanath of conspiring against his party workers with the help of people in the ongoing Lok Sabha elections.

While talking about the Agra-Lucknow Expressway, Yadav said, "Netaji had asked to complete this highway in 24 months. I want to congratulate the officials, who constructed 302 km road in 21 months. During its launch, Mirage and Sukhoi fighter jets were landed on that highway... Even today, the best aircraft of the country - Sukhoi - were bought by ''Netaji''. BJP people have not been able to buy them."

He added:"Metro in Lucknow has been made in the fastest period of time."