Your vote is a weapon. Use it: Priyanka 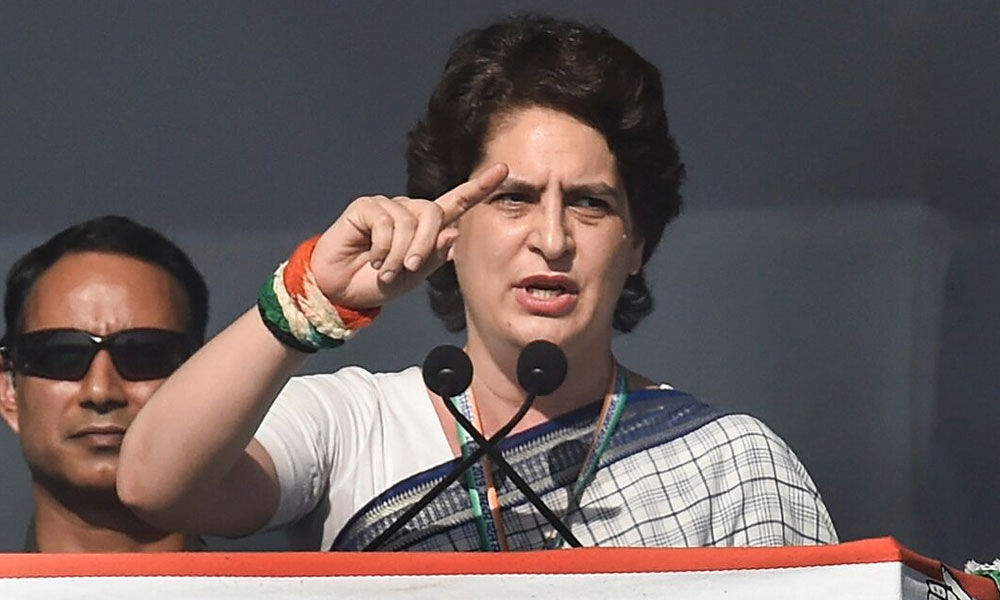 x
Your vote is a weapon. Use it: Priyanka
Highlights

Gandhinagar: Congress general secretary Priyanka Gandhi Vadra launched her first-ever political rally after being inducted into the AICC recently with ...

Gandhinagar: Congress general secretary Priyanka Gandhi Vadra launched her first-ever political rally after being inducted into the AICC recently with a stinging attack on the ruling national coalition led by the BJP and a concerted effort to steer the public debate ahead of the Lok Sabha elections to bread and butter issues.

Priyanka Gandhi said in her eight-minute speech at the Congress's anniversary event of the Dandi March in Prime Minister Narendra Modi's home state Gujarat that the ensuing Lok Sabha elections are in no way less than the struggle for Independence. "In this, you are going to decide your future," she said, urging the people not to get distracted by "needless issues". The AICC general secretary said, "I want to speak from my heart.

There is no bigger patriotism than to be an aware citizen, your awareness is a weapon, your vote is a weapon… Only you can protect the country." But this weapon, she added, is not used to harm anyone. Congress president Rahul Gandhi and UPA chairperson Sonia Gandhi were also present at the event in Gandhinagar district hours after the Congress Working Committee meeting. In a resolution, the party's top policy panel had resolved "to defeat the RSS, BJP ideology of fascism, hatred, anger and divisiveness".

"No sacrifice is too great in this endeavour, no effort too little, this battle will be won," Rahul Gandhi tweeted hours after the strategy meeting started.At the rally, Priyanka Gandhi Vadra accused the BJP of practicing divisive politics. "What is happening in country today makes me sad," she said, accusing the BJP of spreading hatred and destroying institutions.

"Our institutions are being destroyed. Wherever you see, hatred is being spread. Nothing matters more to us that you and I protect this nation, work for it and move forward together," she said.

Priyanka Gandhi said there will be attempts to distract the electorate but people must ask the right questions.