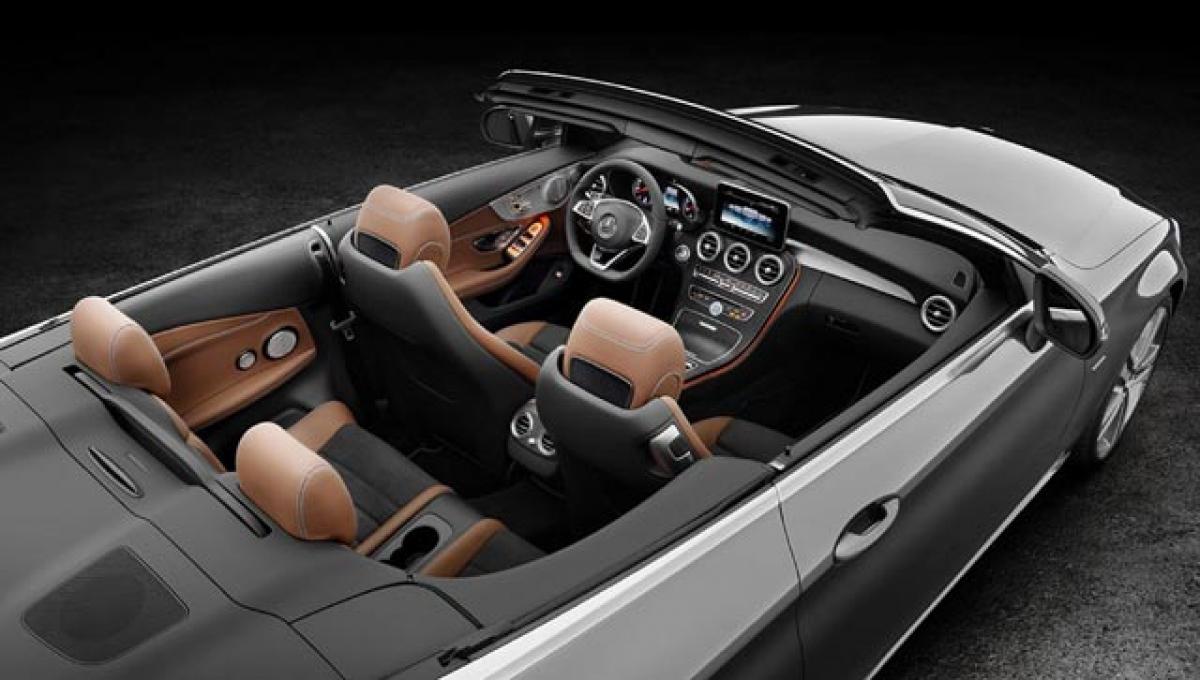 The Mercedes C-Class has been selling in good numbers as an entry-level luxury sedan. It looks like Mercedes is planning to expand its C-Class stable.

The Mercedes C-Class has been selling in good numbers as an entry-level luxury sedan. It looks like Mercedes is planning to expand its C-Class stable. As per the import data, Mercedes has imported the C300 Cabriolet to India for the purpose of homologation at the ARAI facility in Pune. This usually translates into a launch sooner or later. The launch could be scheduled by the end of this year or early 2017.

The interiors are similar to that of the current C-Class sedan. It gets a 3-spoke multi-functional steering wheel, a free standing COMAND infotainment system and sport seats wrapped in Artico leather. It also gets a canvas roof which can completely fold up or down in 20 seconds, which opens up an ample amount of roof space. What’s more, the roof can be operated at speeds of up to 49 km/hr. The canvas top also gets four colour options.

The C300 Cabriolet was imported for a list price of Rs 14,86,041. Don’t get your hopes up though as the sale price would be nowhere close to that number. Expect the C300 variant to be priced well over the C-Class sedan. Introducing a cabriolet on our Indian roads, with the sort of weather we have will be a bold move by Mercedes. Whatever it may be, the car looks fantastic and will be a perfect tool for when the weather is just right and you fancy a drive.