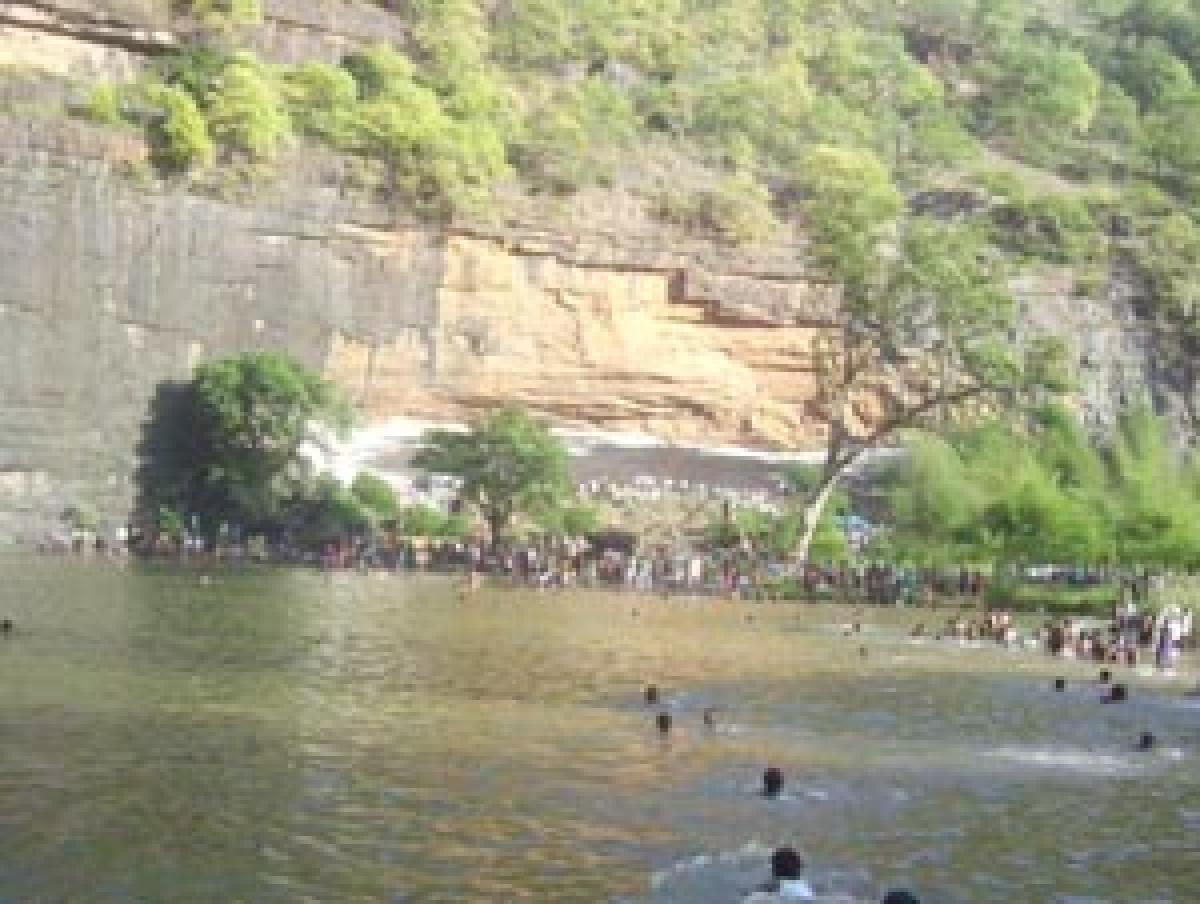 The Palanka shrine or the Veerabhadra Swami temple in Nallamala forest, saw thousands of devotees from Guntur, Prakasam, Kurnool, Mahaboob Nagar districts and from cities like Vijayawada and Hyderabad, to mark the Tholi Ekadasi festival. The three day festival started on Friday and will continue till Sunday.

The Palanka temple was constructed under a boulder wide enough to give shelter for more than 5000 people. The history of the temple reveals that the emperor Srikrishnadeva Rayalu was the man ordered for the construction of his favorite god, Veerabhadra Swami, after taking a brief nap at the place in his return journey from Srisailam.

The forest and its scenic beauty with nearby waterfalls made the emperor take the decision and offered 64 villages to his military generals Boda Venkatapati Naidu and Nalagati Pedda Timma Naidu to give protection to the pilgrims of the shrine from bandits and wild animals.

The devotees believe the Shrine is so powerful for its ability to answer the prayers of them. Those who do not have a child, visit the shrine in couples and take a holy dip in the Palanka tank three times. They reach the five Sivalingas under the water fall, and try to catch the water drops dripping from the surface of the Sivalinga. This year, an average of 10,000 devotees are expected to visit the shrine.

The pilgrims are a little disappointed as the water level in the Palanka tank is lesser than usual. The Vinayaka, Mahisasura Marshini, Panchamukha Brahma temples are also near the main shrine and are visited by the devotees apart from the Anajaneya swami temple in Alatam fort, once ruled by the Srikrishnadevaraya generals.