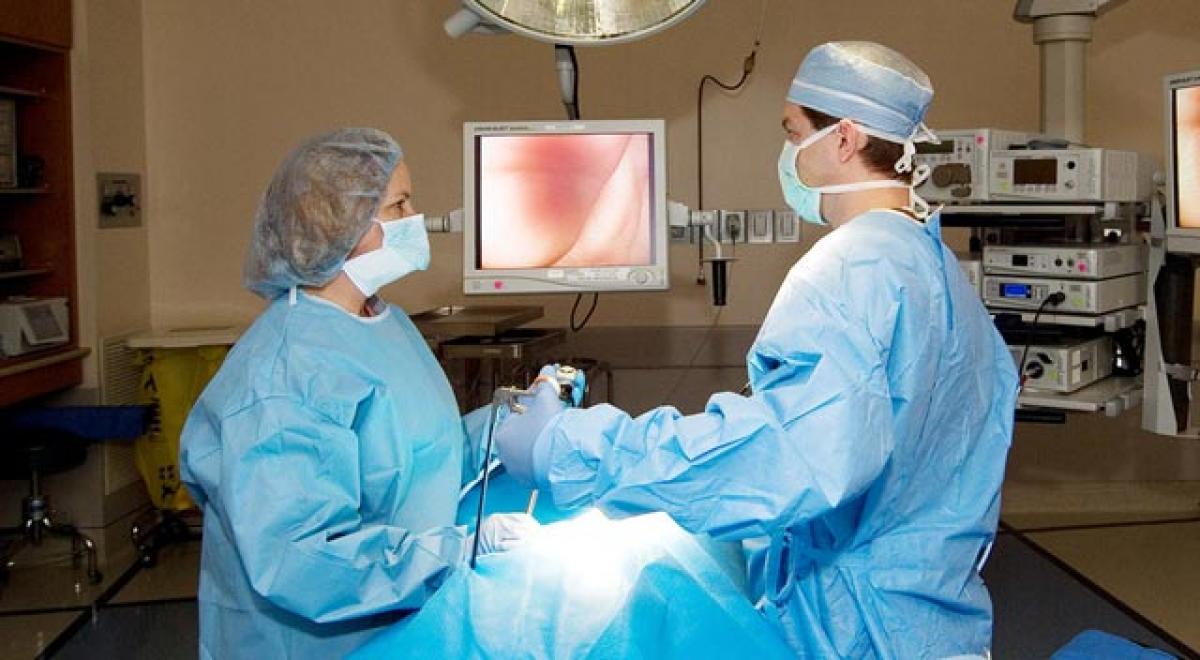 Sreedhar, a 55-year-old senior media professional, had undergone laparoscopic surgery to remove gallbladder stones two years ago. For the past few days, he was experiencing mild discomfort in his abdominal area.

Sreedhar, a 55-year-old senior media professional, had undergone laparoscopic surgery to remove gallbladder stones two years ago. For the past few days, he was experiencing mild discomfort in his abdominal area. The pain grew as he tried to lift heavy objects. Initially, he didn’t pay heed to it, only to receive a shock when on one fine morning his wife noticed a bulge around his navel area.

They reported it to a physician who examined the affected area and recommended a CT Scan. And as the doctor had suspected, he was suffering from ventral or incisional hernia. In the light of symptoms and other associated factors, laparoscopic ventral hernia repair (LVHR) was performed on him. An estimated 11 20 per cent laparoscopic incisions may lead to incisional hernia. While 50 per cent of these occur within the first 2 years, 74 per cent develop after 3 years.

Before LVHR transformed the norms for hernia repair, open ventral hernia repair (OVHR) was used to treat hernia defects. However, different studies recommend laparoscopic ventral hernia repair as a better technique. OVHR is achieved through suture approximation on each side of affected part. However, the biggest problem with this technique was recurrence which was reported in 41 52 per cent cases.

In order to manage high morbidities and recurrence incidences, laparoscopic approach was developedwhich brought a significant improvement in the clinical outcomes. Based on principals of open underlay repair, LVHR is known to cut down the recurrence to 10 per cent.

When compare to the open hernia repair, the laparoscopic ventral hernia repair offers a host of advantages including a reduced hospital stay, fewer perioperative complications and low hernia recurrences. Also, it can significantly bring down the surgical complications related to wound and mesh infection.

Studies reported higher incidences of cellulitis and mesh infection in case of open technique of ventral hernia repair. While open prosthetic reported a 12 18 per cent rate of wound infection, mesh infection rate was 0.6 per cent after laparoscopic repair. Similarly, the incidence of cellulitis of the trocar sites treated with antibodies was found to be as low as 1.1 per cent.

Apart from a few contraindications, LVHR is found to be a better alternative to treat ventral and incisional hernia. And there are plenty reasons to support it. To conclude, in LVHR, hernia defect is adequately repaired using intraperitoneal mesh fixation involving minimal soft tissue dissection, which causes less postoperative pain, reduces the period of hospital stay and convalescence and ensures earlier recovery. Moreover, it allows the patient to tolerate oral intake comparatively earlier than the open procedure.