We have every right to stay in Hyderabad 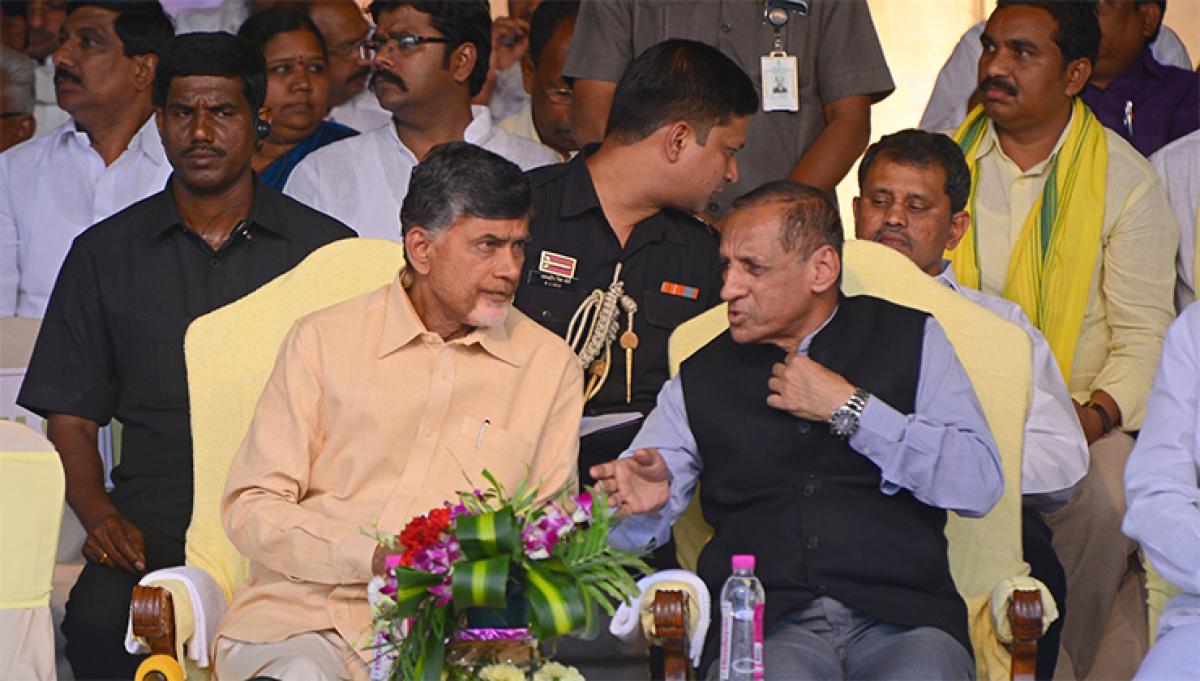 Claiming that he would not be cowed down by such incidents, Naidu said he has been trained by NTR and has the guts to face the issue and was prepared to go to any extent to protect the honour and self respect of the people of Andhra Pradesh.

Referring to the purported tapes that went on air on Sunday night, Naidu said it was dirty game-plan to demoralise the spirit of the people of Andhra Pradesh on the eve of Mahasankalpam. “Who gave KCR the powers to tap my phone. Hyderabad is a common capital for 10 years and we have every right to stay honourably there. I am not subservient to KCR. I am Chief Minister in my own right and I too have my police and ACB. Who are you to dictate terms to me,” he thundered.

Referring to the powers of the Governor, Naidu said under Section 8 of the AP State Reorganisation Act, Governor should look after law and order issue in the common capital. TRS had conspired to malign his image and that of the TDP as it wants to decimate the party in Telangana.

Sounding a word of caution to KCR, he asked why KCR did not feel ashamed when he purchased TDP and Congress MLAs despite having clear majority in the Assembly. He alleged that KCR government indulged in sting operation and created false documents with ulterior political motives to defame the party. Naidu said he had several missiles under his sleeve and would use them at appropriate time.

Coming down heavily on Congress and YSR Congress for conspiring to bring disrepute to the TDP leaders, Naidu said that he was ashamed to take the name of the leader of opposition. The state has an opposition leader who had offered the lone MLA to sail with TRS even when the pink party had poached all other MLAs. He called upon people to take a vow to fight such “nefarious” tendencies of TRS and YSRCP.