Andhra Pradesh Chief Minister N. Chandrababu Naidu on Sunday participated in a yoga programme to mark world yoga day and announced a Rs.25 crore special fund for its promotion. Naidu practiced various yoga asanas along with his cabinet colleagues, officials and school children under the guidance of experts. 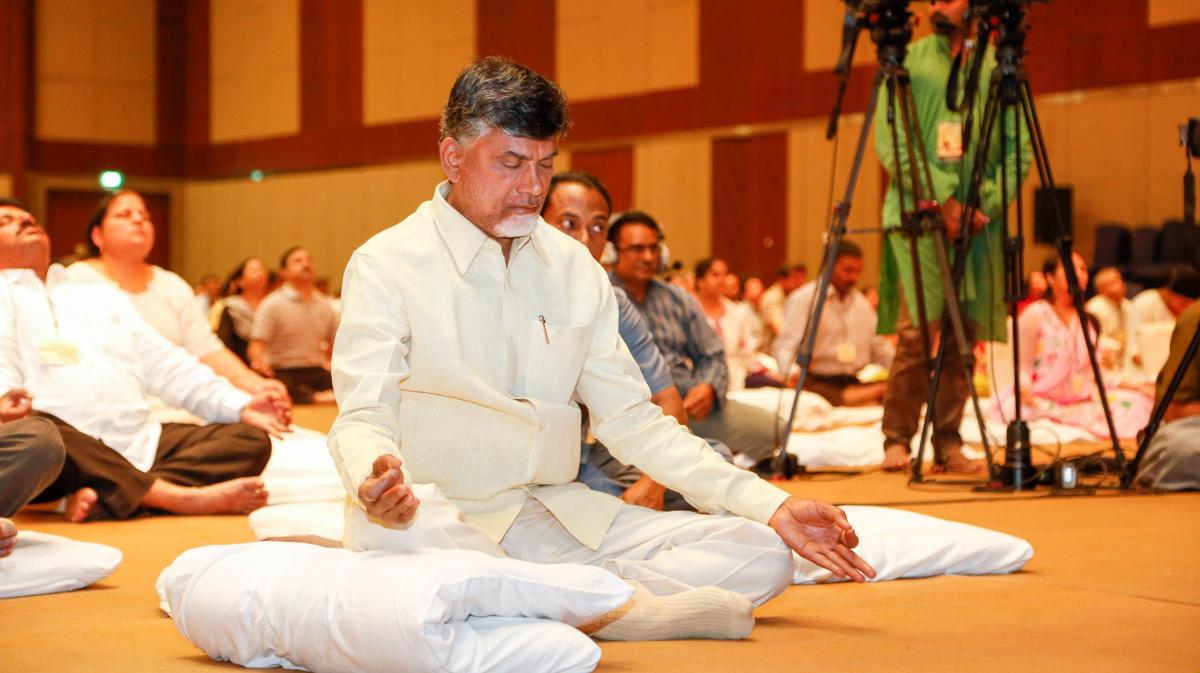 The chief minister also administered a pledge to the participants on the occasion that they will practice yoga to live life to its full potential. Naidu said his government was ready to spend any amount to promote yoga as it is the best investment in health, prosperity and wealth creation. The Telugu Desam Party (TDP) chief said that yoga has immense benefits as it helps in preventing diseases, overcoming tension and pressures, inculcates self-discipline and increases concentration.

"Yoga is part of our life. It is the biggest asset given to us by our forefathers. It is above religion, caste, region and economic status," he said.

Naidu praised Prime Minister Narendra Modi for getting global recognition for yoga. He said it was because of Modi's efforts that United Nations declared Jun 21 as world yoga day and many countries came forward to observe it. The Chief Minister said yoga, meditation and spirituality can help Indian youth harness their talents for the development of their individual personality and the nation.

He recalled that since taking over as the chief minister of the united Andhra Pradesh in 1994, he had been using the services of experts to train ministers, legislators, officials and party leaders in yoga and meditation.