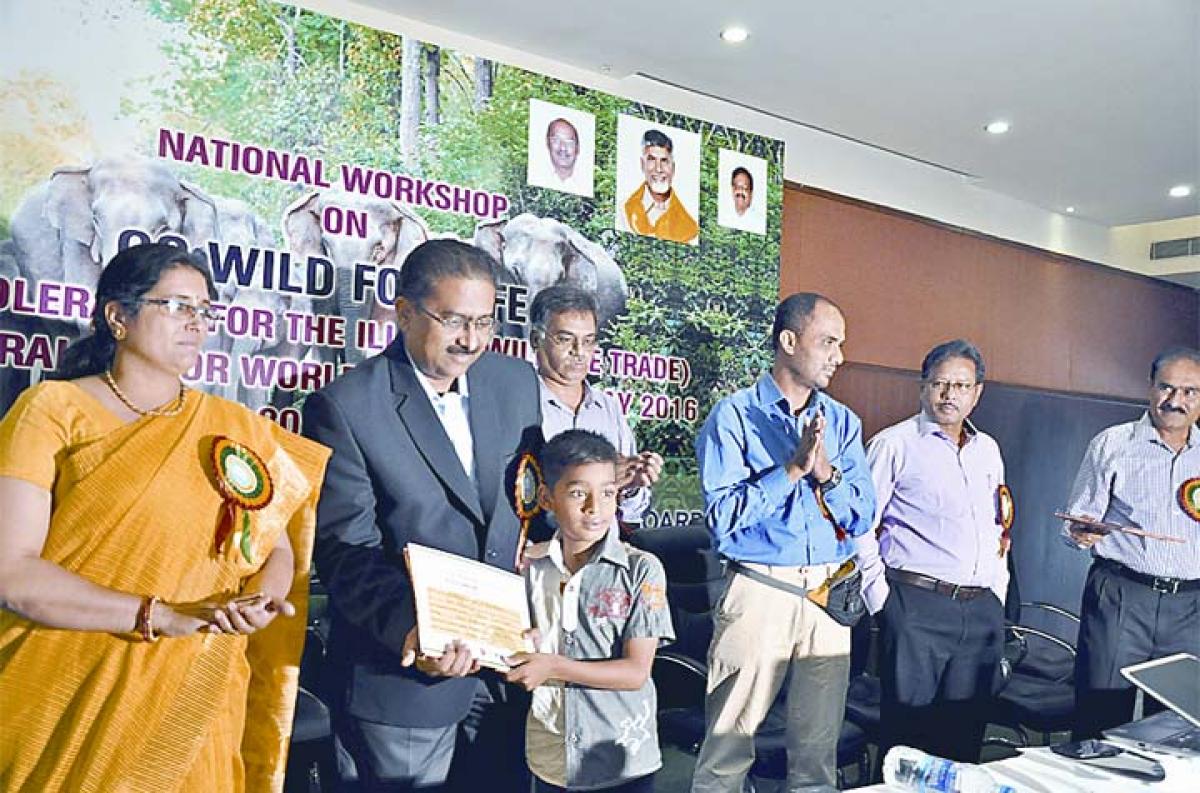 Speakers at a workshop on Go Wild For Life this year theme of World Environment Day, organised by the AP Pollution Control Board (APPCB) stressed on creating massive public awareness on environment so as to involve them in a big way in protecting environment.

Tirupati: Speakers at a workshop on ‘Go Wild For Life’ this year theme of World Environment Day, organised by the AP Pollution Control Board (APPCB) stressed on creating massive public awareness on environment so as to involve them in a big way in protecting environment.

AP UNDP Project State coordinator Tulasi Rao said that the forest cover has declined to mere ten per cent now against required 33 per cent in the country due to unchecked deforestation. He called for immediate and sustained measures to gradually increase the forest cover to ensure ecological balance and the subsequent ill effects.

He stressed on dispelling wrong notions like wild animals are being cruel which would go a long way in making the human share our space with animals to maintain the biodiversity. Saluting India as a rich biodiversity country, he shared his 42 years of experience of working with forest staff and in the forest and sought active public involvement more so tribal in conservation of forest and protecting wild animals.

Pune based Yashwantrao Chavan Academy of Development Administration (YASHDA) Secretary Bharat Bhushan expressed concern over the decreasing forests in Tirumala area which was once a dense forest, protected by divine concept. He also spoke in praise of the SV National Park conserving the rich biodiversity of the region.

Hyderabad based Tiger Conservation Society Imran Siddiqi said the government expanding Srisailam Tiger sanctuary area to 6,000 sq km will help increase the Tiger population which is about 40 now. He also said that with few tigers from Maharashtra have entered Kaval forest area in Adilabad. Recently, tigers and two cubs were spotted in the same forest region.

He said the Gundlamallleswaram wildlife sanctuary also having about 20 tigers and added that there is a likelihood of Kadapa and even Chittoor forest also become Tiger habitation with some of them moving to other forests. APPCB member secretary dwelled at length on APPCB’s initiatives including awareness programmes for school students on environment protection.

On the occasion, prizes were distributed to the school children, who are the winners of various competitions conducted by APPCB. Cultural programmes were staged by Kala Jathas on wildlife protection, environment protection and conservation of forests. WWF State Director Farida Tampal, AP Bio-diversity Board Chairman AV Joseph and others also spoke.