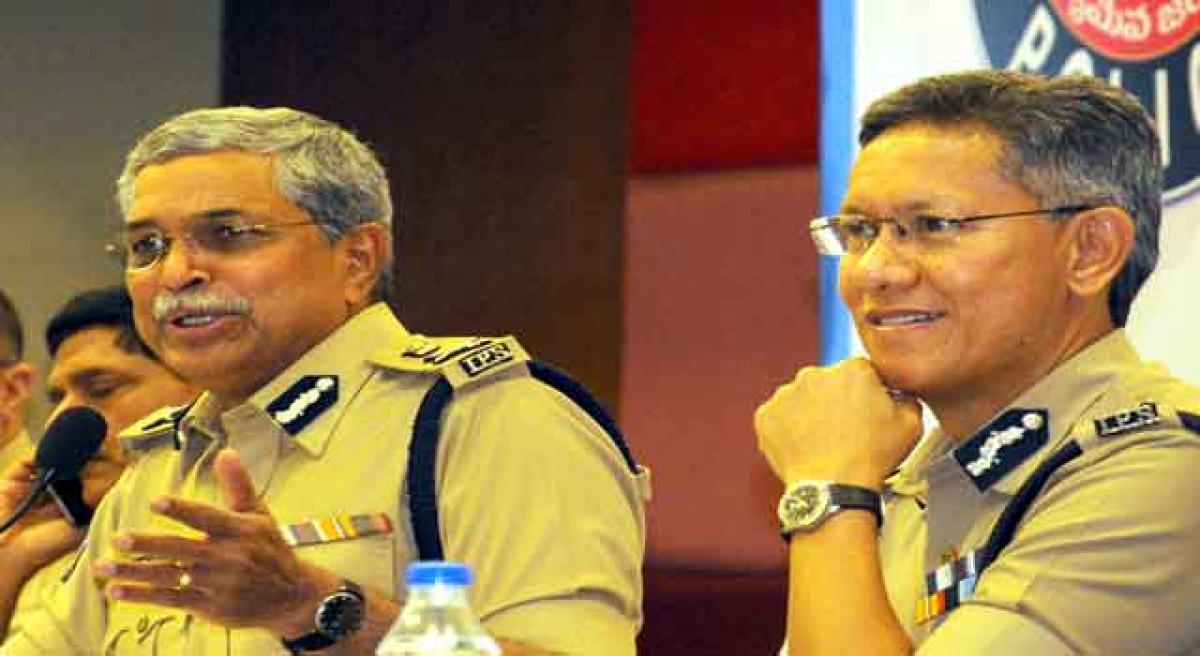 Explaining the performance of police department in the last two years, the top cop said despite several constraints the AP police performed well on all fronts including curbing g Maoist challenges in AOB, maintaining law and order and controlling crime rate. The DGP mentioned that there is a sharp decline in the rate of economic offences and deaths that were caused due to road accidents.

He said that the State ranked 4th position when compared to the high-end States in crime rate per lakh population. On losing manpower, he said police suffered a loss of 3,000 personnel who were allotted to AP Special police. He said in a recent meeting held at Delhi, the police asked for development of infrastructure.

He said getting our share of manpower and other technical wings also will be new challenge. Ramudu said that the police personnel were able to maintain law and order to bring down the crime rate in AP. He said the effective action taken against the Maoists in AOB, though the Maoists are trying to gain hold in AOB, but police foiled their plans. He said 73 Naxalites were arrested in last one year and 58 Maoists surrendered.He said the Maoists committed 23 offences.

Regarding steps taken to control the red sanders smuggling the police chief said that 1,760 persons were arrested, PD Act was imposed on 34 persons and 340 vehicles were seized.The DGP said that the police officials organised a meeting in Katigenahall village in Hoskota taluk of Bangalore rural and tried to reform the villagers who were supporting red sanders smugglers. With the initiative of police, an awareness programme was conducted in the village in the first week of June to curb smuggling.