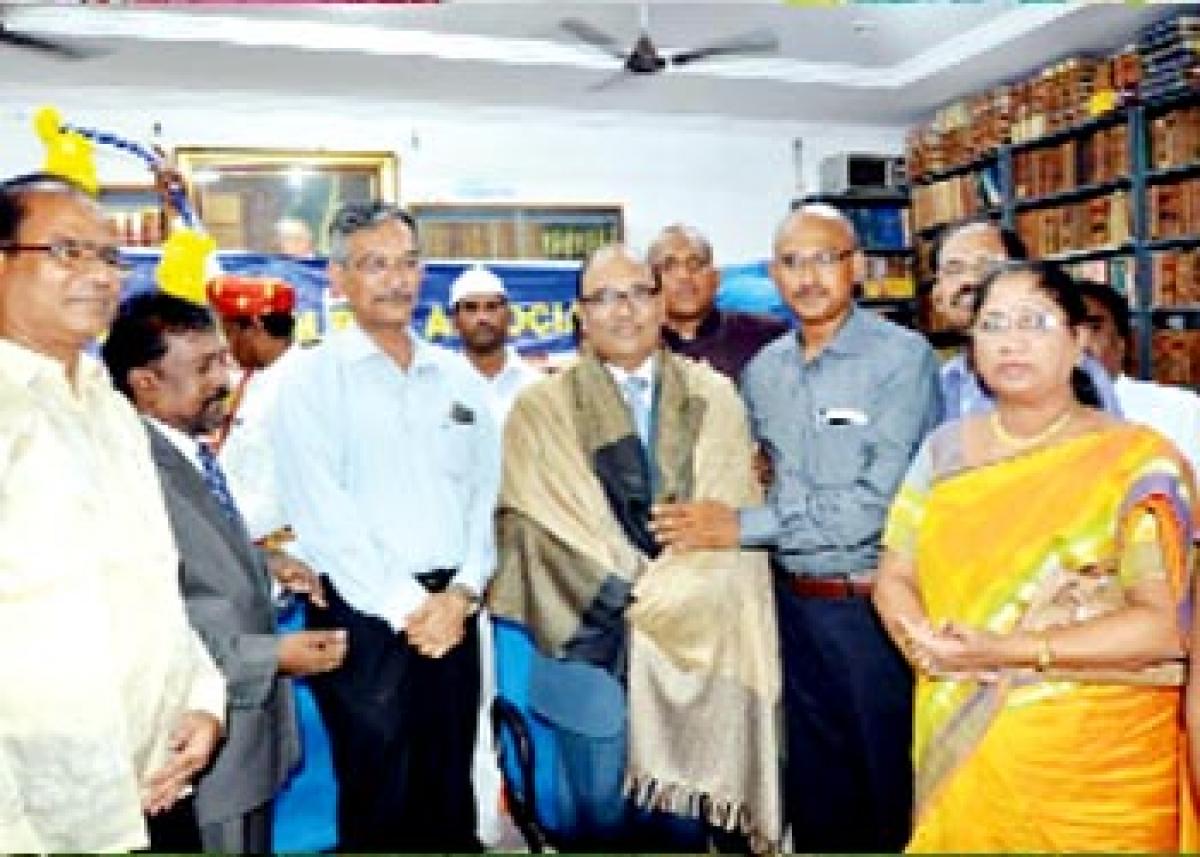 Visakhapatnam: Members of Visakhapatnam Bar Association requested Chief Justice of Andhra Pradesh and Telangana High Court Dilip Babsaheb Bhosale to set up High Court bench in the city and improve the infrastructural facilities in the urban and rural courts. The Bar association members felicitated the Chief Justice on the court premises here on Sunday.

Addressing the members, the Chief Justice said appointment of judges, administrative staff, infrastructure and new buildings were under the active consideration of the government for better functioning of the judiciary. Senior advocates N Madhava Rao, Mohammed Abdullah, P Narsinga Rao and R Srinivasa Rao explained the problems of the courts to the Chief Justice.

President of the Visakhapatnam Bar Association in his address explained the problems being faced by the Andhra and local lawyers. A large number of senior lawyers, representatives of administrative staff called on the Chief Justice and thanked him for visiting district court.

Later, Bar Council member of both Telangana and Andhra Pradesh Chikati Madhavilatha and lawyers from Vizianagaram and Srikakulam met the Chief Justice in Circuit House and explained him the problems being faced by the rural courts.

The Chief Justice said improving facilities in the rural courts has been the top priority of the government and he would take special interest in facilitating the works.

The Chief Justice visited Simhachalam and offered prayers. Senior judges of the district were present.