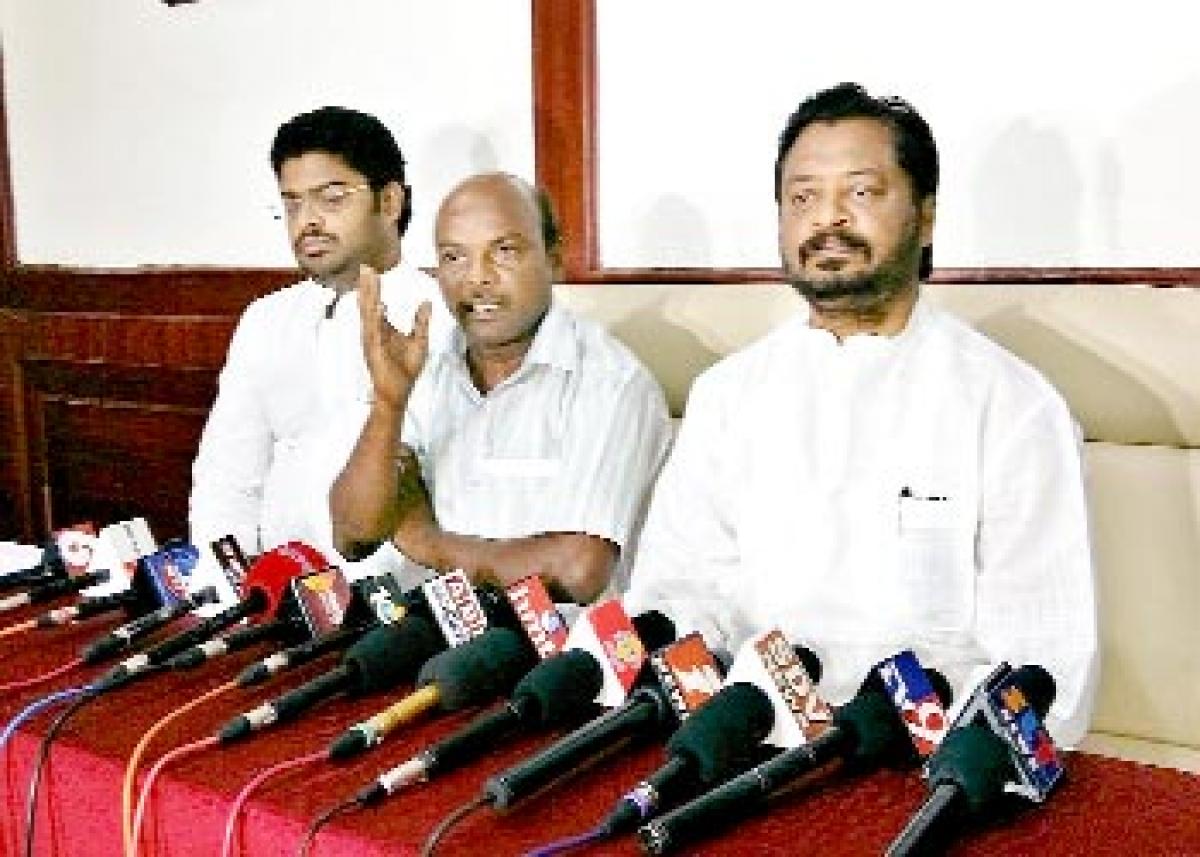 Addressing the media along with Palla Sri Haribabu, who was released on bail, Harsha Kumar alleged that police have arrested Haribabu, who is a Dalit and is nowhere connected to the incident.

He recalled that police branded him as a terrorist and booked false cases against him during Kapu quota agitation in 1986. He reminded that Vangaveeti Mohan Ranga was killed while attempting to save his life in 1988. Responding to the criticism made by Municipal Administration Minister P Narayana on Mudragada, Harsha Kumar made it clear that Narayana, who is selling education in black market has no right to criticise Mudragada. He said that government has been making efforts to gain an upper hand and is stifling the voice of media by imposing restrictions.

Speaking further, Harsha Kumar found fault with the government for not allowing anyone to meet Mudragada, who sat on an indefinite fast and observed that the days of the State government are numbered. He recalled that he was put behind bars for 15 days for staging an indefinite fast demanding site for the burial ground for Christians. He opined that the TDP and the BJP colluded with each other to suppress the Kapu movement.

He questioned why the State government did not arrest even a single person in the stampede which claimed 28 lives during Godavari Pushkaralu. He said the statements of officials on non-availability of CCTV footage do not seem to be believable.

Meanwhile, Haribabu who was released on bail in connection with the Tuni violence, said that he belongs to Kolanki village in Pithapuram mandal and works as a driver in a brick kiln. He said that he was told by his owner to take some people to Tuni and added that he had stopped the vehicle one and half kilometers away from the venue.

Stating that the CID police have collected his details through mobile number, he said that the Pithapuram police have called him to the police station and arrested him. He said that his family members came to know about his arrest only after seeing his photograph in a newspaper.