Tamarind seeds no more a waste 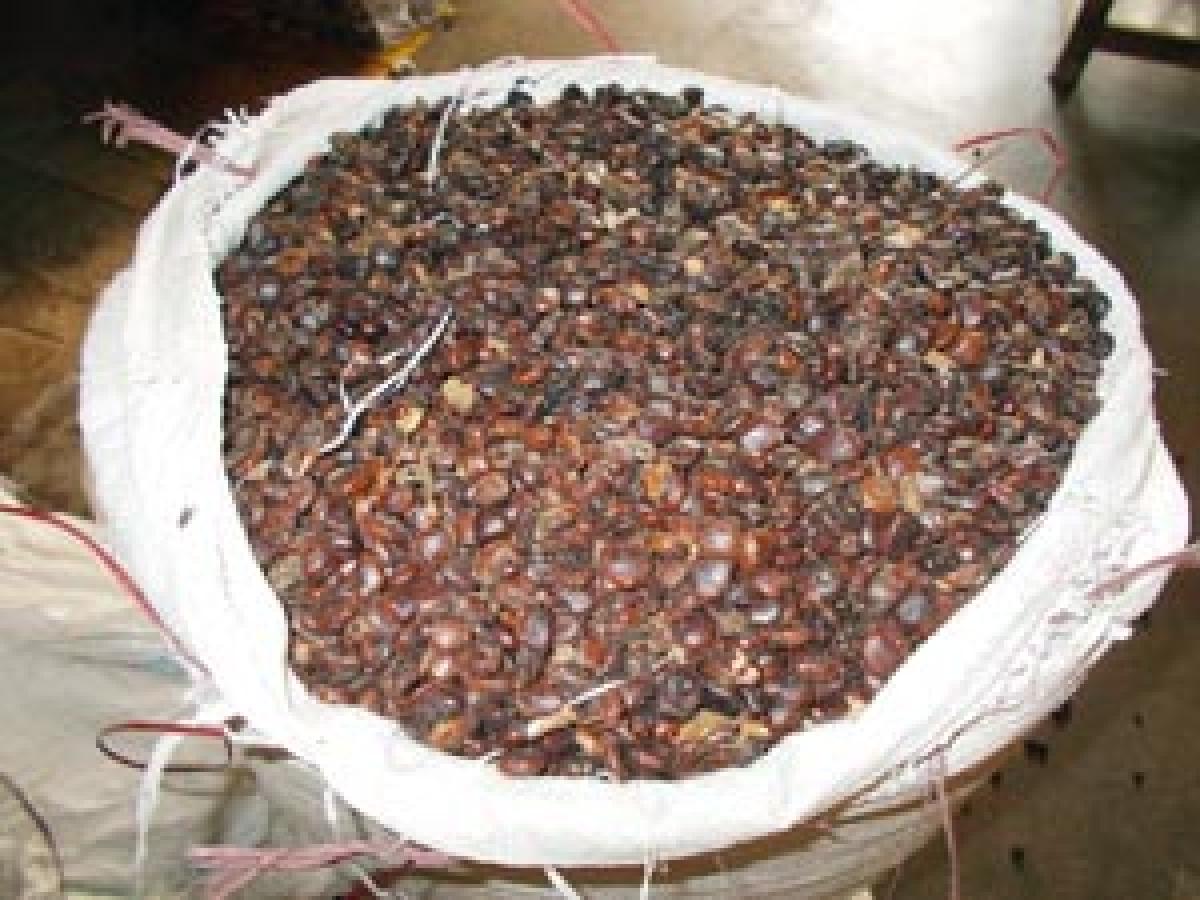 After deseeding tamarind, the kernel used to be dumped as waste once. Tamarind seed has assumed good commercial value now.

Pithapuram (East Godavari): After deseeding tamarind, the kernel used to be dumped as waste once. Tamarind seed has assumed good commercial value now.

The business of tamarind seed is thriving in Pithapuram, Gollaprolu, Prathipadu, Jaggampeta and other upland mandals of the district. Generally, tamarind procured from the agency areas is deseeded at Chebrolu, Bhogapuram, Dharmavaram, Prathipadu and other villages. Women do deseeding of tamarind to augment their family income. Deseeding is like a cottage industry in the area. The women are paid Rs 5 per kg for deseeding tamarind.

Small businessmen engaged in collecting tamarind seed from the deseeding units, are earning a good profit by selling the kernel to wholesalers who in turn supply it to factories at a high price. Earlier, the wholesalers used to supply the seed to a factory at Chirala in Prakasam district. A factory at Prathipadu in East Godavari district came up newly improving the business prospects of tamarind seed further. The tamarind seed powder and pulp are used for different purposes in pharmaceutical, paint and other industries.

The retail price of seed which was Rs 5 to Rs 7 per kg last year has gone up to Rs 10 now. A businessman engaged in the trade, revealed that wholesalers are buying tamarind seed from them at Rs 17 a kg. Chebrolu in Gollaprolu and Dharmavaram in Prathipadu mandals have become major centres of tamarind seed business.

Speaking to The Hans India, M Rajababu, a tamarind seed businessman of Dharmavaram, said ``I am in the business for quite a long time. It has proved to be profitable in the wake of rise in demand for natural byproducts. There is nothing like waste product now if one explores its commercial
potential.’’