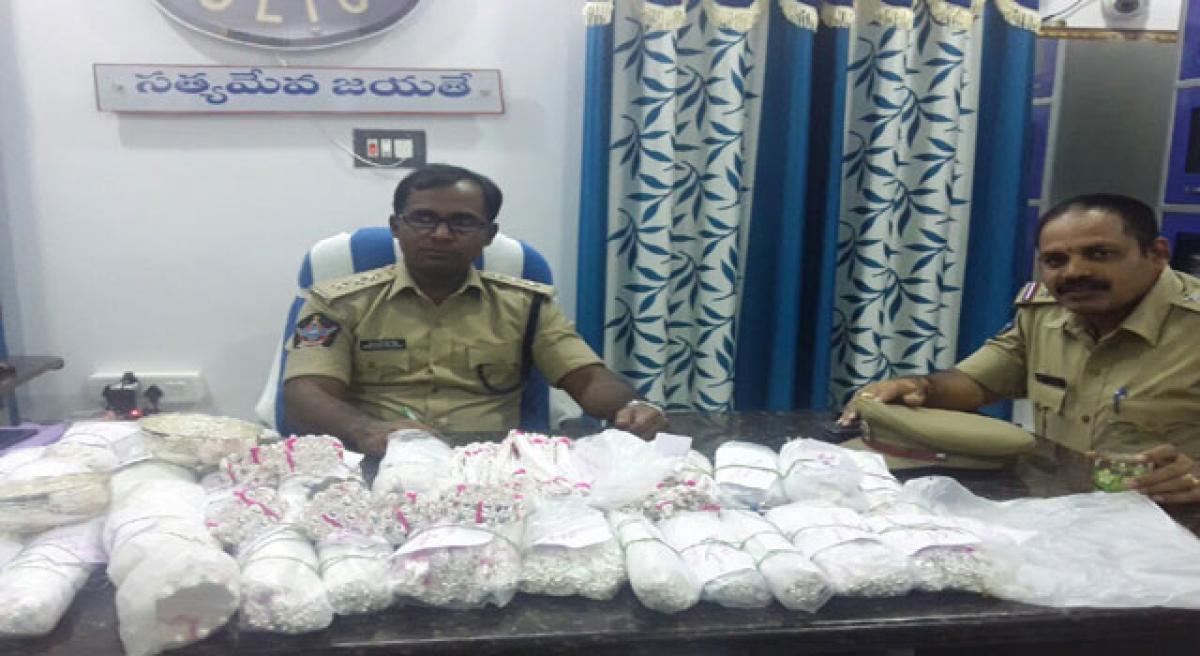 The Two Town police seized silver articles at Adoni on Sunday while they were being transported without bills.

Kurnool: The Two Town police seized silver articles at Adoni on Sunday while they were being transported without bills.

On questioning, Ramesh and Hariharan revealed that they belong to Salem in Chennai and have been purchasing the silver from Adoni and in turn selling them in Salem. The DSP said that the police seized around 39.59 kgs of silver articles from their possession.

Srinivasa Rao said that police launched a probe into the incident to find out kingpins behind the business. A case was registered