74 ghats in Krishna dist for Pushkaralu 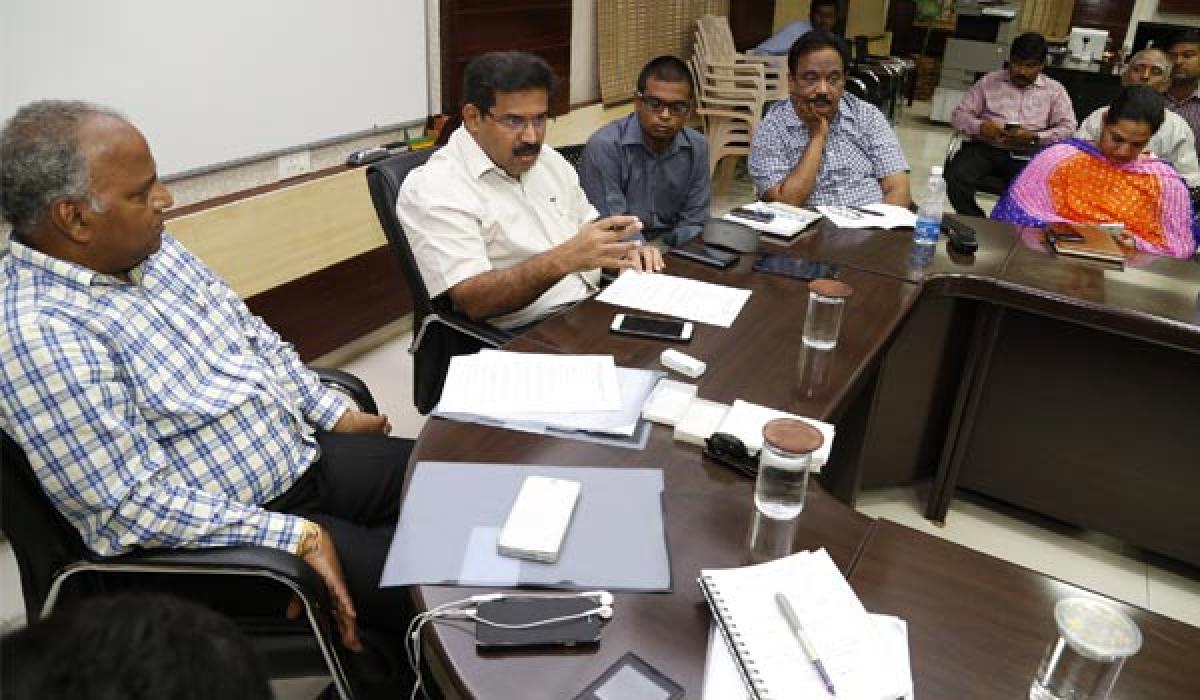 Krishna district Collector Babu Ahmad on Wednesday held a review meeting with officials on the on-going works of modernisation of the bathing ghats. The city has seven ghats, while the remaining 67 bathing ghats are located in the rural areas of the district, both in the upstream and downstream of the Prakasam Barrage.

Vijayawada: The Krishna district administration is gearing up for the prestigious event Krishna Pushkaralu beginning on August 12. With only less than a month to go for the event, the officials are sprucing up the bathing ghats for the devotees to take a holy dip during the mega event.

Krishna district Collector Babu Ahmad on Wednesday held a review meeting with officials on the on-going works of modernisation of the bathing ghats. The city has seven ghats, while the remaining 67 bathing ghats are located in the rural areas of the district, both in the upstream and downstream of the Prakasam Barrage.

The officials have categorised seven bathing ghats, Padmavathi and Krishnaveni in the downstream of the barrage, Durga, Bhavani and Punnami ghats in the upstream, besides the Sangamam and Ferry ghats at Ibrahimpatnam as A Plus ghats where heavy rush of pilgrims is expected. These are the prime ghats where the officials are planning to keep the roads and avenues free of encroachments all through the 12-day event.

These ghats are expected to receive more than lakh devotees every day. The officials have decided to provide regular water supply through a canal to the Padmavathi and Krishnaveni ghats from Prakasam Barrage.

The Durga Ghat, which is close to the Kanakadurga temple, would be the main bathing ghat for the pilgrims. This would have the river water available round-the-clock for the holy dip. The officials have provided a 25 metres wide platform in the water for the devotees to stand and take the dip.

The officials have also kept the Muktyala and Vedadri Ghats in Jaggaiahpet and Vijayakrishna Ghat in Krishnalanka, Vijayawada, ready under the A Category, where over 50,000 devotees are expected to regularly take the holy dip during Pushkaralu. Special security arrangements have also been initiated to protect the pilgrims from drowning during the holy dip.

The ghats in the downstream, particularly in Pamarru and Avanigadda Assembly segments are also provided with special arrangements for the holy dip. Though the rush of the pilgrims is expected to be less here, the officials have provided all arrangements including showers for the aged and disabled.

The Pavitra Sangamam Ghat coming up at Ibrahimpatnam where Godavari river water joins Krishna, would be the special attraction for this Pushkaralu. It is from here the officials have arranged daily ‘harati’ during the 12 days of the event.

The ghats capacity has been increased 20 times when compared with the previous Pushkaralu. The Padmavathi ghat has been renovated to facilitate over one lakh devotees taking holy dip per day. Thus the capacity of the ghats has been increased and the facilities too are increased,” said district Collector Babu Ahmad.

He further said that they were expecting 3.5 crore pilgrims to take holy dip during the 12-day festival. Of them, 90 per cent are expected to visit the seven ghats located in the city.