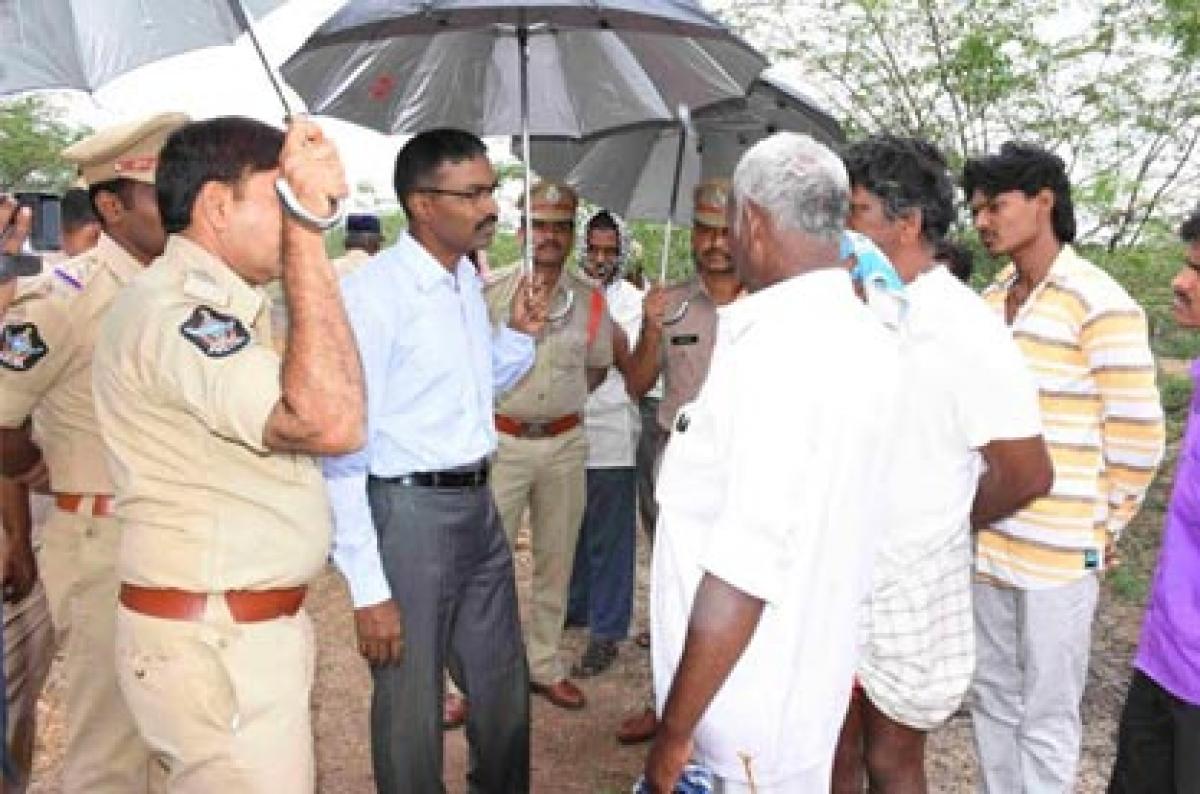 In turn, they alerted the Ulindakonda police. Coming to know about the incident, the District Superintendent of Police (SP) Ake Ravi  Krishna arrived at the spot and inspected the scene of crime.

​Kurnool: The police found a dead body of an eight-year-old girl in an abandoned well at Errakathva village of Ulindakonda mandal on Tuesday. The cattle grazers, who sensed the foul smell emanating from the well, have noticed a girl’s body. They immediately informed the villagers.

In turn, they alerted the Ulindakonda police. Coming to know about the incident, the District Superintendent of Police (SP) Ake Ravi
Krishna arrived at the spot and inspected the scene of crime.

The Forensic department Professor Shankar Naik performed post-mortem on the body. Disclosing facts to the media here, the SP revealed the name of the girl as Lakshmi, who hailed from Gudur mandal.

He said that the girl’s mother Maddamma (35) was also killed on the same day at Brahmagundam village of Veldurthy mandal. Ravi Krishna said special teams were formed to nab the culprits, who were responsible for double murder. He sought the cooperation of the villagers in apprehending the accused and assured them of not revealing their names.

The SP has instructed the DSP D V Ramana Murthy to speed up the investigation for nabbing the accused at the earliest. Circle
Inspector Nagaraj Yadav, SIs and the people of Errakathva were present.