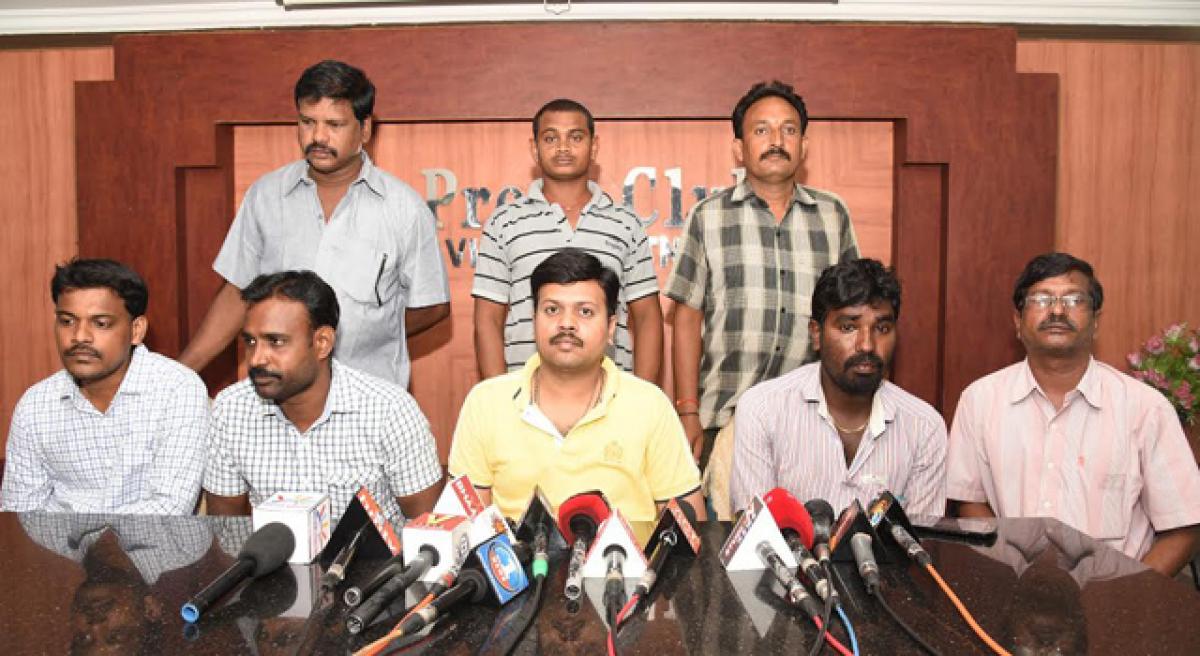 Family members of those who went missing along with AN32 Indian Air Force transport aircraft alleged that the Navy, Air Force and NAD authorities were hiding facts.

​Visakhapatnam: Family members of those who went missing along with AN32 Indian Air Force transport aircraft alleged that the Navy, Air Force and NAD authorities were hiding facts.

They are not disclosing the latest developments on the search and rescue operations, the kin of the missing remarked.

The aircraft went missing while on its way to Port Blair from Chennai on July 22. It was carrying 29 persons on board. Of them eight are NAD civil employees, who belong to the city.

Talking to reporters, here on Friday, the kin of the missing alleged that the Navy kept them in the dark by not sharing any information.

They received calls from the Indian Navy and NAD regularly for a week after the incident and each time they got routine answer that the missing persons could be safe and search and rescue operations were in full swing to locate them.

“For the past one week, we haven’t received any commutation from Navy. Whenever we called them, the Navy personnel are simply ignoring our calls,” said Kiran Kumar, brother-in-law of missing employee RV Prasad Babu.

It is deplorable that the Navy cut off communications with the families of the missing, who are in dark about the whereabouts of their beloved.

“I received the last phone call from Navy around last week and as usual the answer was SAR operations were on. It is like searching for a needle in a haystack” said M Prasad, relative of missing B Sambamurthy.

Since the day the aircraft went missing, the family members including children have been spending sleepless nights expecting safe return of their men.

“The search operations have increased and it is being covered by media all over the country. There is nothing to hide,” he added.