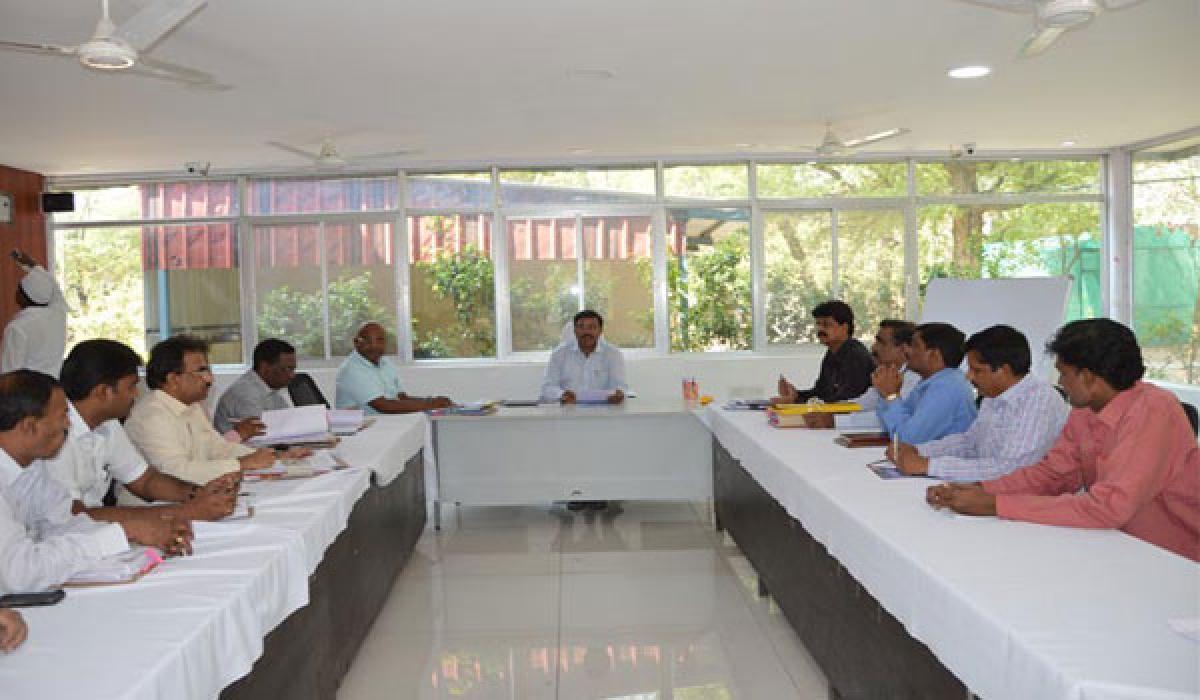 Speaking on the occasion, Satyanarayana said road works pertaining to National Highway 44 starting from Kurnool to Karnataka border were still pending and directed NH-44 Project Director to complete the road works by the end of May.

Directing the Revenue Divisional Officer (RDO) D Hussain Saheb, the Collector asked to identify 20 acres of land for providing improvised driving track to the Road Transport department. He also ordered the RDO to hand over the 30 acres of land identified for the construction of IIIT to its management.

Kurnool Medical College Principal GVS Ram Prasad brought to the notice of the Collector that a proposal has been sent to the central government seeking permission for the construction of state-level cancer institute at Kurnool Government General Hospital with a cost of Rs 120 crore. Satyanarayana advised the Railway officials to take steps to rehabilitate the beneficiaries who gave their lands for the construction of Rail Coach Factory.