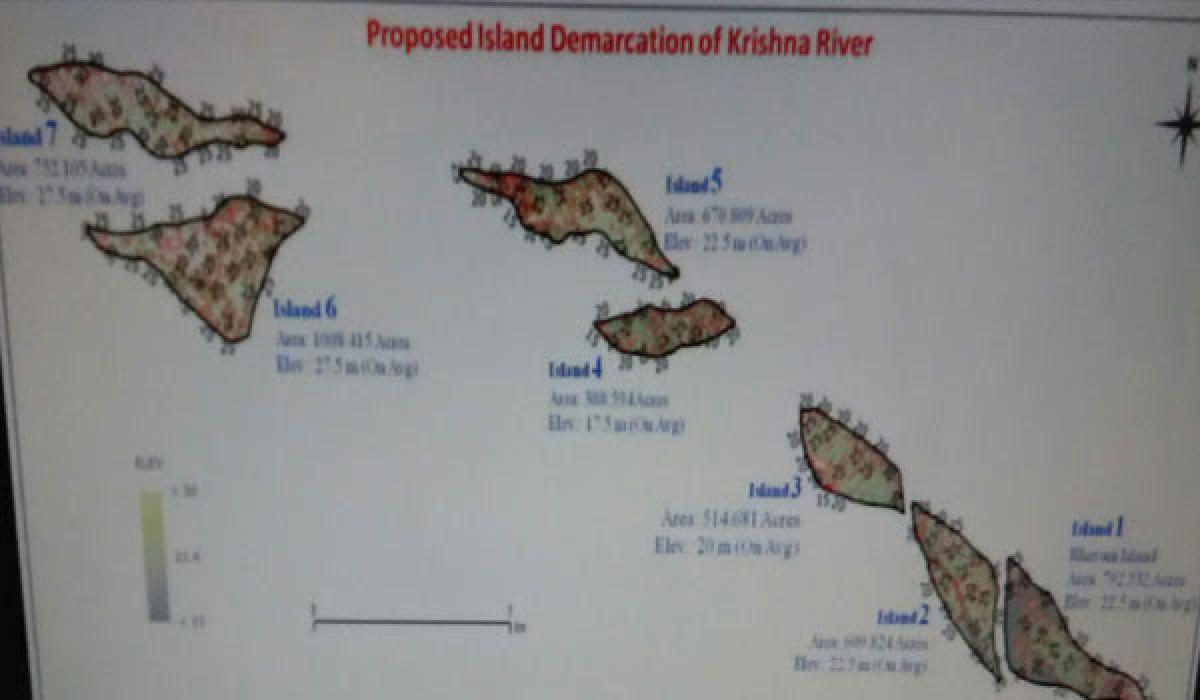 A survey of Krishna islands has been taken up by a Mumbai-based consultant firm which was selected following a tender process conducted recently. The consultant firm conducted the survey of the islands in the River Krishna as per the government directive for developing them on par with popular islands in Singapore.

Vijayawada: A survey of Krishna islands has been taken up by a Mumbai-based consultant firm which was selected following a tender process conducted recently. The consultant firm conducted the survey of the islands in the River Krishna as per the government directive for developing them on par with popular islands in Singapore.

Based on the report of the consultant, the government will make changes, if necessary, to the master plan to make the islands best tourist destinations.As per the directions of the CEO of Bhavani Island Tourism Corporation (BITC) Himanshu Shukla, coinciding with the state government’s Krishna riverfront beautification plans, all the seven islands are now being spruced up to give maximum entertainment to the people of the city where cinema is the only major recreation source so far.

An official of the corporation said that the government is keen to develop the islands on par with the Singapore islands. The Mumbai consultant group would prepare master plans separately for each island depending on the conditions prevailing there.

The firm would take into consideration the observations of Andhra Pradesh Capital Region Development Corporation, revenue and irrigation departments and make master plans depending on the feedback provided by these departments.
Once the draft master plans are ready, the process of beautifying the Bhavani Island, along with other islands, would gain momentum.

Amusement parks, hotels, resorts, tents, food courts and cycling tracks are only a few aspects to mention that get prominence in developing the islands into best tourism destinations. World-class entertainment would come to the islands with private firms taking up the task.

According to information, Bhavani island has 792 acres, of which just 125-acre is being used by the BITC. The Dredging Corporation of India has come forward to dump sand on the island at no cost. This would help the BITC to protect the island from erosion. The officials have plans for sheet piling of the island to keep it safe from inundation during floods.

The biggest island in the River Krishna near Bhavani island measures 1,008 acres. Next to it is an island with 752 acres of area. Similarlly, islands measuring 609 acres, 514, 388 and 670 acres are situated in the River Krishna. If all these islands get a facelift with the coordination of private companies, the River Krishna looks beautiful with glittering lights from the shore. The dazzling islands will provide a picturesque look which may not stop many from landing there and enjoy as there is no tomorrow.