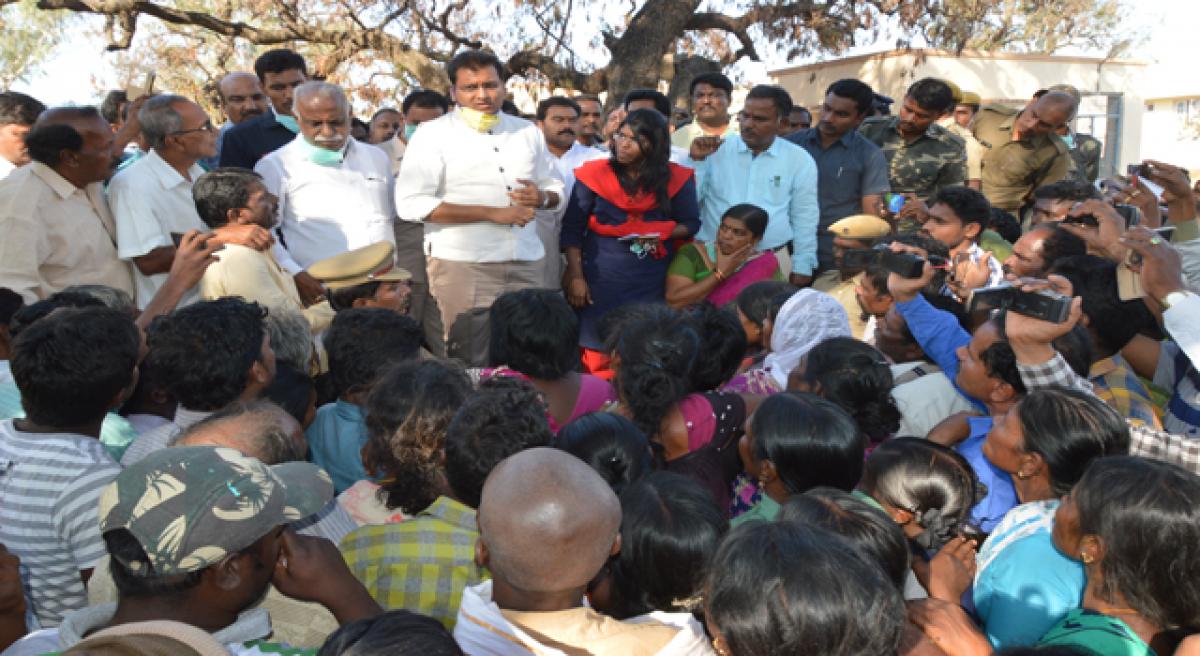 The loss of seven lives of poor health workers in SV Hatcheries at Moram village near Palamaneru mandal of Chittoor district has raised many questions.

Tirupati: The loss of seven lives of poor health workers in SV Hatcheries at Moram village near Palamaneru mandal of Chittoor district has raised many questions.

Though the government has announced an amount of Rs 25 lakh ex-gratia besides other benefits to their kin, who have been left with nothing with the sudden demise of their loved ones for no fault of theirs. Exactly what happened in the septic tank of hatcheries, which claimed the lives of innocent people. When this question was posed all fingers were pointing towards the hatcheries management.

It was learnt that the hatcheries management make the 12x12 septic tank clean periodically mostly once in every two or three months. But, the workers were never given any kind of protective gear. The important aspect was that the septic tank has to be cleaned in a mechanised process.

Even in individual houses, people were hiring septic tank cleaning machines for the purpose though the tanks would be relatively small. No rules will allow the cleaning of septic tank manually, but the hatcheries management was doing this for years together and there was no check.

It was said that they will be given oxygen cylinders which was not worked on the fateful day. When one person went into the tank and not coming out, the management should have taken steps before sending others. This was not done which clearly shows the negligence of the management and as a result, seven people went into the tank one after another only to take the toll to seven.

Who has to give permissions to start a hatchery? Who will have the control over it? Who is the inspecting authority to see that whether everything is going in right direction? For several questions like this, there was no answer. This makes the hatcheries to run them as they like without any fear of rules and regulations which results in managements attitude of forgetting the safety of employees or providing protective gear to them.

Pall of gloom descended on Moram village on Friday with seven persons most of them are SCs and the sole bread winners of their families have died. The families literally fell on roads all of a sudden and tension prevailed in the village.

At some point of time, the situation was leading towards organising dharnas seeking justice. The Minister and the Collector acted swiftly and held discussions with the hatcheries owners, who were said to be the big shots and living in Pune.

The Company’s General Manager Manjesh participated in the discussions and announced compensation package and the government simultaneously initiating criminal proceedings on the management.