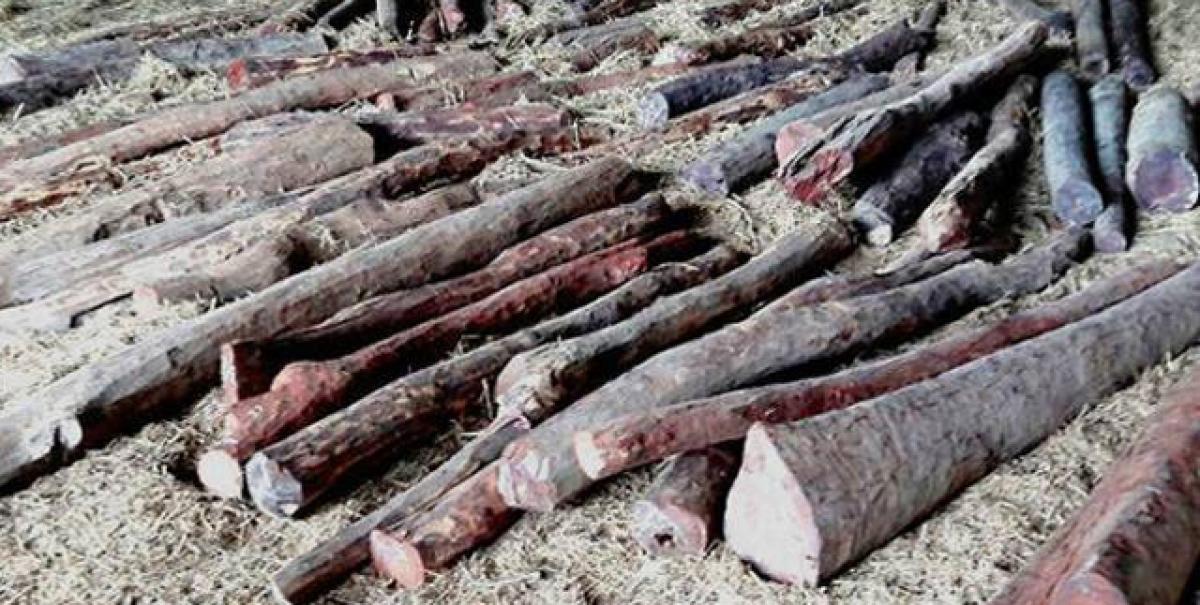 In separate incidents, Proddatur cops arrested four red sanders smugglers including an inter-state smuggler and seized 13 red sanders logs and 2 four-wheelers from them.

Following a tip-off, the cops conducted raids at various places in the early hours of Wednesday and caught the accused while smuggling the red sanders logs to other states. The police officials said S Tirupala Reddy is an inter-state red sanders smuggler.

District cops have imposed PD Act on three habitual offenders, who were repeatedly involved in red sanders smuggling. Sangati Subbaiah, Dadineni Subbaiah from Pangili in Rapur mandal, and Bainaboina Srinivasulu of Krishnampalli in Udayagiri mandal have been involved in many cases. Even though, many cases were booked against them, they have been continuing the illegal activities.

There were 16 cases each against Sangati Subbaiah and Dadineni Subbaiah and 19 cases were booked against Srinivasulu in the district. Finally, the district SP decided to impose PD Act on them and recommended to the District Collector for issuing proceedings accordingly.